As the 2016 Olympic Games in Rio de Janeiro come to a close, Israel can look back at what was one of its most successful Olympics ever. The country’s team was the biggest in its history with 47 athletes who competed in various sporting events, won two medals, displayed some strong performances and set many precedents throughout the Games. Nevertheless, some were disappointed by missed opportunities to win more medals, and several political incidents involving unsportsmanlike behavior by Arab athletes stole the show.


Israel’s biggest success in Brazil came in Judo, the country’s strongest sport which has now become the source of five of its total of nine medals in history. Israeli judokas Yarden Gerbi and Ori Sasson won a bronze medal each, becoming national heroes back home.

Gerbi competed in the women’s 63 kilogram division on day four of the Games and won her first two matches. She then lost a controversial match in the quarterfinals to a Brazilian opponent who many claimed received preferential treatment by the referee. But Gerbi recovered and won her two matches in the repechage to clinch Israel’s first medal in eight years.

Three days later, Ori Sasson doubled the celebration by reaching the podium in the men’s 100+ kilogram division. He first beat Egyptian opponent Islam El Shehaby, who famously refused to shake Sasson’s hand after the match and was condemned by the International Olympic Committee and sent home. Sasson won his way to the semifinal, where he lost to undefeated champion Teddy Riner of France before winning the bronze medal match.

The handshake snub was accompanied by several other anti-Israeli scandals in Rio. Before the opening ceremony, members of the Lebanese delegation blocked the Israeli team from boarding the same bus. A Saudi judoka withdrew from her match under the pretext of an injury, but the move was viewed in Israel as an attempt to avoid facing Israeli athlete Gili Cohen in the next round.

This was just the third time Israel won two medals in the same Olympics, after Barcelona in 1992 and Athens in 2004. There were, however, some athletes that narrowly missed out on more medals in Rio, which was viewed by some as a disappointment.

Windsurfer Maayan Davidovich was in a good position to finish in the top three spots in the women’s RS:X sailing event, but blundered during her final sail and could not recover, finishing ninth in the medal-race and seventh overall.

A strong performance by Judoka Sagi Muki in the men’s 73 kilogram competition was also not enough to secure a place on the podium. Muki competed with an injury, and nevertheless managed to win his way to the semifinals, before losing his two remaining bouts and tying for fifth place.

There were also athletes who were considered before the games to be favorites for medals, but who failed to even make the finals. These include Gymnast Alex Shatilov, Swimmer Yakov Toumarkin, Rhythmic Gymnast Neta Rivkin, and windsurfer and former Olympic medalist Shahar Tzuberi.

Israel’s athletes set some firsts during the Games. Laetitia Beck became the first Israeli golf player to compete in the Olympics as well as Shlomi Haimy in mountainbiking, Ilana Kratysh in wrestling, and Ron Darmon in the triathlon. Ron Atias became the first male to compete in Taekwondo, and Misha Zilberman scored Israel’s first ever Olympic win in badminton.

The closing ceremony of the Olympic Games was held on August 21 and attention will now shift to the Paralympic Games, scheduled to kick off in Rio in two weeks at the same facilities and under the same governing council as the Olympics. The Israeli delegation to these Games includes 30 athletes, both Jews and Arabs, and in a historic first, half of them are women. Israel traditionally has more success in these games and it remains to be seen if the Paralympic athletes will live up to the high expectations. 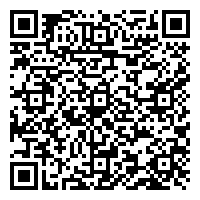