The IDF on Monday night was sent to rescue a group of about 60 Breslov Hassidim from an Arab mob that was pelting them with stones outside Jospeph’s tomb, Walla reported. The Hassidim entered the tomb compound on a Bus with PA plates, without pre-arranging the visit with the IDF and without security guards. As soon as the bus entered the city of Shechem it was hit with a barrage of stones and the driver eventually escaped, deserting the Haredi Jews on the bus. Soldiers from the Granite Battalion of the Nahal Brigade stormed the area and chased away the attackers. Medical teams treated two Hassidim who had been injured by stones. One of the injured, age 17, was evacuated to hospital in Petach Tikvah.

This is not the first time Hassidim go on their own to pray at Joseph’s tomb without coordinating the visit with the IDF. Protocol calls for assembling a large force to secure the Jews at the tomb, which is located in Shechem, one of the most volatile Arab cities in Judea and Samaria.


More than 30 Hassidim were detained by the soldiers until police arrived to investigate. A few Hassidim tried to escape in the direction of Har Brakha, an Israeli community on the southern ridge of Mount Gerizim, but were captured and handed over to police.

The IDF Spokesperson said in a statement: “The IDF stresses that the entry of Israeli citizens into Area A is dangerous and constitutes a violation of the law.”

Israel Police said in a statement: “We consider tonight’s event very seriously. Uncoordinated visits without security are dangerous to the visitors as well as to the security forces who are sent to rescue them.” 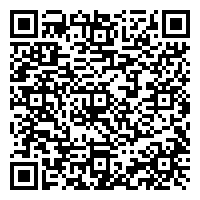