A Campaign Against Antisemitism survey shows a bleak picture for UK Jewry. The results are so bad that the report describes itself a “Wake Up Call”.


There are approximately 269,000 Jews living in the United Kingdom.

Antisemitic incidents in 2014 was at its highest recorded levels in 30 years.

2230 members of the UK’s Jewish community were polled:

– 70% of UK Jews believe their government doesn’t do enough to protect them from antisemitic attacks, and the community needs to protect itself.

– 58% are worried that Jews have no future in Europe.

– 45% are worried that Jews have no future in England.

– 45% believe their family is threatened by Islamic extremism.

– 37% hide any visible signs of their Jewish affiliation while in public – such as a Star of David necklace or a kipa.

– 25% have considered leaving Britain due to antisemitism.

The Non-Jewish Perspective 3411 non-Jewish adults in the UK were polled:

– 45% agreed with at least 1 of the 7 antisemitic statements shown to them.

– 25% believe that Jews chase money more than other British people.

– 24% of Londoners think Jews have too much power in the media, with 17% of British adults believing that statement.

– 20% believe that UK Jews are less loyal to Britain than Israel.

– 18% believe that Jews believe they are better than other people.

– 13% believe that Jews talk about the Holocaust too much to get sympathy.

The question this survey doesn’t answer is, will this growing antisemitism translate into a wave of Aliyah from the UK, or will UK Jews just continue to worry about not having a future in England as the attacks escalate, while doing nothing about it. 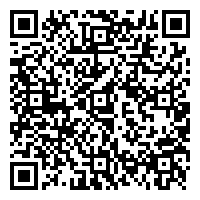