Britain’s Prince Philip, 99, was admitted to a hospital on Tuesday evening as a “precautionary measure” after feeling unwell, according to a statement from Buckingham Palace.

The Duke of Edinburgh was taken to the King Edward VII Hospital in central London, according to the palace. The Queen, 94, remained at Windsor Castle.


The duke traveled by car to the hospital, according to a source at the palace who spoke with the BBC and who said he was admitted on his doctor’s advice.

In fact, the duke has been feeling unwell for several days, the source said, but the illness is not due to the coronavirus. Both the Queen and the Prince have been vaccinated against COVID-19 by a household physician at Windsor Castle, where they have spent most of their time during the recent lockdown.

The palace source said the duke is “in good spirits” and is expected to remain in hospital for a few days of “observation and rest.” 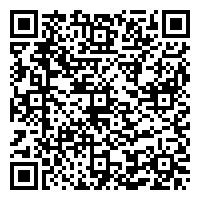