UNESCO chief Irina Bokova on Tuesday expressed concern over the draft resolution in which member states Algeria, Egypt, Kuwait, Morocco, Tunisia and the United Arab Emirates declare that “the Buraq Plaza (their name for the Western Wall) is an integral part of the Al Aqsa Mosque/Al Haram Al-Sharif.”


“She deplores the recent proposals under discussion by the UNESCO executive board that could be seen to alter the status of the Old City of Jerusalem and its walls, inscribed on UNESCO’s World Heritage list, and that could further incite tensions,” Bokova’s spokesperson said in a statement, adding, “The director-general appeals to the UNESCO executive board to take decisions that do not further inflame tensions on the ground and that encourage respect for the sanctity of the holy sites.”

The proposal met with irate responses from Jewish organizations, as well as from the State of Israel, whose Deputy Foreign Minister Tzipi Hotovely called the resolution another “shameful and deceitful attempt” to rewrite history, adding that “the Temple Mount and the Western Wall in Jerusalem are the cornerstones of Jewish history. They are historical facts no one can dispute.”

But the strongest push against the incendiary proposal came from the US State Dept., whose spokesman Edgar Vasquez told The Jerusalem Post, “The United States strongly opposes this resolution and any such use of international fora such as UNESCO to inflame tension in the region and alter the status quo at the holy sites. … The United States is in close, urgent consultation with UNESCO member states, UNESCO leadership and Israel to discuss this matter. One-sided anti-Israel resolutions have been a recurring challenge at UNESCO since 2009, and in all such circumstances, the United States has blocked consensus on such resolutions by calling for a vote and voting against the texts.” 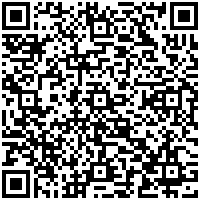