US State Department Spokesperson Jen Psaki said at a press briefing on Wednesday that the US condemns the rocket fire from Gaza, and expects the Palestinian Unity Government and PUG president to condemn those attacks. But Psaki admits that condemning, not stopping those attacks is the maximum they expect from PUG President Mahmoud Abbas.


At the end, Psaki answers that the rocket launches really aren’t large enough of an attack to get the US to change its position.

The questions are great, and it makes for such fascinatingly convoluted reading:

MS. PSAKI: Well, we condemn all rocket fire from Gaza. It is unprovoked aggression against civilian targets and is totally unacceptable. We welcome President Abbas’s prompt and outspoken condemnation of this attack. We note that he has demanded that all the Palestinian factions remain committed to the ceasefire agreement that was signed in Cairo in 2012, and we expect the Palestinian Authority will do everything in its power to prevent attacks into Gaza – from Gaza into Israel. But we acknowledge the reality that Hamas currently controls Gaza.

QUESTION: Well, okay. So the Israelis say that President Abbas, since the unity government has been formed, that he bears responsibility for not disarming this or not preventing this attack and attacks of its kind. Do you agree that President Abbas shares – or it is his responsibility to do that, and that he is – the Israelis could look at him and say this is his fault?

MS. PSAKI: Well, we believe that President Abbas must do all in his power to prevent deterioration in the security situation, but we would also note that he has upheld his responsibility to maintain security coordination with Israel and he has publicly stressed his commitment to do that. And so I think he has made every effort to be – continue to be a partner in this regard.

MS. PSAKI: It does not. Obviously, we’re concerned about it and we condemn it in the strongest terms. But his – President Abbas’s ability to impact these type of attacks is really severely limited at this point in time.

QUESTION: Well, yeah, but isn’t that part of the – I mean, that’s part of the entire problem with agreeing to go along and work with a government, is it not? I mean, the Israelis said the whole time that these attacks are going to continue. If you recognize that his ability is extremely limited to prevent this kind of thing, for there to be security cooperation between him, his government, and the Israelis, how is it that you made the leap to go ahead and say, “All right, this is a government that we can do business with?”

MS. PSAKI: Well, this is one – this was the creation of an interim technocratic government. Obviously, at some point there will be elections. This is an interim period. As we’ve long stated, we’ll – we’re continuing assistance if we – but we’ll be watching closely and if something changes, so will – we’ll act accordingly. But nothing —

QUESTION: So how many more rocket attacks do there have to be before you decide that it’s – that we made a mistake?

MS. PSAKI: Well, again, Matt, you’re familiar, I’m sure, with what the criteria are for delivering assistance. While we’re very concerned about these rocket attacks and we feel President Abbas needs to do everything possible to prevent them, we understand that his ability to do that is severely limited at this point in time.

QUESTION: So but then I don’t understand why – I can’t – I mean, if you think that this guy doesn’t have control over everyone who is either a member of or is backing his unity government, why would you do business with it? Why would you give it money? I mean, if you were one part of – I don’t know, one segment of the Israeli society, political society or otherwise, you could, if you hold Abbas responsible for this attack, hold the United States, in a sense, responsible for this attack because you guys are just continuing to support the unity government.

MS. PSAKI: Well, as you know, there are no members of Hamas in the technocratic unity government – technocratic government, I should call it, which is the accurate —

MS. PSAKI: — term for it. That is one of our criteria for continuing to provide assistance. We’ll be watching closely over the course of the coming weeks and months.

QUESTION: So even though it is backed by Hamas and you hold Hamas responsible for this rocket attack today, that – you don’t see a connection? No?

MS. PSAKI: I’m not suggesting we don’t understand the connection, Matt. But again, this is a case where President Abbas strongly condemned these actions. We think he should do everything possible to prevent them from happening and to call for and provoke unity among these groups. But we understand at this point in time there’s very little that he can do to prevent them.

QUESTION: Why is it in your interest to continue to deal with the interim government notwithstanding this rocket attack?

QUESTION: But if Hamas feels that it can shoot rockets from Gaza into Israel with impunity and this has no effect whatsoever, for example, on its ability to form a unity government with the PA, even if there are no Hamas members in the actual government – you have a disincentive that you could use here, which would be to stop dealing with the unity government or to stop funding it, and that might tell Hamas, “Well, maybe we should think twice about sending rockets in.” But the way you’ve cast it, they can send an unlimited number of rockets in and they can still be supportive of this unity government and you’ll still give the unity government and the PA money.

MS. PSAKI: Well, we made a decision as the United States Government that our assistance to the Palestinian Authority is important to the United States. And so that’s why it is continuing. And they did – have met the criteria, including the Quartet principles that have been laid out. We will be judging this government by its actions and we will address issues as needed moving forward, but nothing has changed at this point in time.

QUESTION: You don’t see this attack as an action of the government?

QUESTION: You see it by – you see it as an action by a supporter of the government. Not you, I’m talking about Hamas, right? I mean, you – correct me if I – I mean, if you – well, is that correct? Let’s just start there. You see this as an attack by Hamas on Israel. Is that correct?

QUESTION: Yes. You do understand the equivalent – the Israelis say that because Hamas is a – while there are no Hamas members in it, this government, this technocratic government is supported by Hamas, and therefore this is a problem. You don’t agree with that.

MS. PSAKI: Well again, Matt, this is a technocratic government that just formed in the past couple of weeks. We’ll be watching events closely as time continues. The government itself has abided by the principles that we have outlined through the Quartet and what the United States expects as well, and we’ll evaluate accordingly. But nothing has changed as it relates to our assistance.

QUESTION: All right. And then just on Abbas himself, you say that he has condemned it. But the condemnation is really – I mean it’s good, I suppose, that he is not applauding and saying this is a good thing. But he needs to stop it, doesn’t he? Isn’t that the U.S. position?

QUESTION: Right. But at some point it’s got to be actions, not words, right? So this is – I just – this is not an action enough to get you to – to get the Administration to change its position?

QUESTION: Clarification: Are you certain that it was Hamas that fired the rocket, or could it be some rogue group from Gaza? Because there are all kinds of rogue groups.

MS. PSAKI: Well, Said, I don’t have any more information. I think we’re all familiar with the connection between Hamas and Gaza and how they control Gaza. 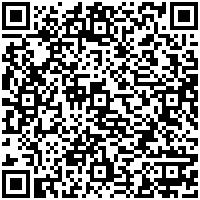