(JNi.media) Members attending the American Anthropological Association’s Annual Meeting in Denver on Friday voted 1,040 to 136 in favor of placing a resolution to boycott Israeli academic institutions on the organization’s spring ballot in April. The resolution, considered by more than 1,400 members attending the AAA business meeting, will now be put to a vote by the organization’s 12,000+ members for a final decision.

“We provided as much relevant information to our members as we could and used the same approach we apply to everything else, namely utilizing an anthropological framework to understand what the range of positions is and why people hold them,” said outgoing AAA President Monica Heller. “We’re encouraged by the turnout and expect our members to continue an informed and respectful conversation regarding the issue.”


The AAA Executive Board asked a taskforce to file a report which would, among other things, “enumerate the issues embedded in the conflict between Israel and Palestine that directly affect the Association.” Here are some of the AAA Israel-Palestine Task Force’s Final Report, made available last October. You’ll notice that the conclusions make room for strictly one side of each issue. There is also no reference to Palestinian terrorism nor to the role of Arabs in creating some of the reported circumstances, every ill is by default caused by Israel:

On Israeli academia: “The Israeli system of settler colonialism can be seen as a single unified system stretching from Tel Aviv to Gaza and Ramallah, with different modulations for different spaces and different Arab communities.”

On the competing narratives (the Zionist vs. Nakba—Catastrophe version): “The Task Force is in no position to adjudicate these historiographical debates, but we are concerned by the degree to which the Israeli State, a self-described democracy, suppresses public memory of and debate about Palestinians’ version of their own history, and seeks to curtail open academic debate of these issues. In our view, this is damaging to civil society and to academic freedom. Because Israeli history books give only the official Israeli version of the birth of Israel, many Israelis are unfamiliar with even the word ‘Nakba.’ We were told by Israeli academics that history faculty who try to teach about the Nakba are harassed by students and by right wing groups such as IsraCampus and Israel Academia Monitor, which track faculty speech.”

On Jewish Jerusalem: “In exercising control of Jerusalem, the Israeli state seeks to maintain a demographic ‘balance’ that ensures a Jewish majority of over 70 percent, with the remainder made up of minorities, including Palestinians. The state is constantly changing the legal and geographic landscape to ensure the maintenance of this ratio in a policy the UN Special Rapporteur on the Occupied Palestinian territories has likened to “a form of ethnic cleansing.”

On Arab higher education: “Israeli Palestinians constitute roughly 20% of Israel’s population. Yet Israeli Palestinians attend university at much lower rates than Israeli Jews.” In this item there is no mention at all of the enormous strides of Arab academicians in Israel over the years, and of the fact that in the territories there are now more than 20 university-level institutions where there were none before 1967.

Israeli students serve as reservists: “Just as Arabic is marginalized, Israeli military service is heavily privileged at Israel’s universities. As a delegation we visited Israeli university campuses and were struck by the number of students we saw who were Israeli soldiers, carrying their guns on campus. Palestinian students complain that they feel intimidated sitting near armed soldiers in class…”

It is illegal to advocate boycotting Israel: “The Ben Gurion University code of conduct now prohibits advocacy of a boycott of Israel, with dismissal as the penalty.” 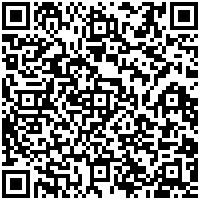