Sarid was one of the most vocal proponents of the “peace process,” including dividing Jerusalem.

He was considered as one of Israel’s most erudite, intellectual and honest politicians.


Sarid often found himself in bitter ideological arguments, especially with the national religious community, but always conducted himself as a gentleman.

He led the left-wing Meretz party for seven years and was Opposition leader in the Knesset from 2001 to 2003, when Ariel Sharon was Prime Minister.

Sarid began his Knesset career in 1973 with the Alignment, the predecessor of the Labor party. He later formed his own party, named Ratz, which emerged into Meretz in 1992 and won 12 seats in the Knesset.

He wrote for Haaretz and told the newspaper last year:

Others will testify to [my triumphs] at my funeral, if they want. I am grateful in my heart that even when I had to compromise, my compromises weren’t too rotten. All in all, I tried to keep my hands and conscious clean, and sometimes I even managed [to do so]. And after 35 years of public life, this too is an accomplishment.

President Reuven Rivlin eulogized him Saturday night as “one of Israel’s greatest parliamentarians.” Prime Minister Binyamin Netanyahu said that despite their sharp difference of opinions, he always had the greatest respect for the late politician.

Sarid was a constant critic of Haredi and religious Knesset Members. He was totally secular, but he was well-read in the Bible and frequently quoted it.

I believe in something that maybe can be defined as the God in one’s heart, in the heart of every human being, but not in a God who sits on high looking down on us and taking care of us and whom we bother with things trivial and weighty so that he will be good to us and arrange things for us here. I have more than enough disappointment over such a God.

He last column n Haaretz was published Friday when he sharply criticized what he considered a soft-glove towards Jews who attack Arabs. He asserted:

Your Jewish terrorists come first. Their homes will not be demolished, their families will not bear the blame, because your God visits the sins of the fathers on the sons and on the third and fourth generation only if they hate him; whereas your God has mercy on those thousands who love him and keep his commandments. But I want you to know that this is not my God.

He is survived by his wife Dorit and three children. 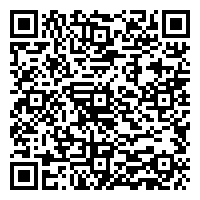