Released terrorist Ziad Awad murdered police officer Baruch Mizrachi, while Mizrachi was on his way to celebrate Passover with his family.

Ziad Awad was one of the 1027 terrorists released in exchange for Hamas releasing Gilad Shalit.


Here is a video of Awad’s friends and neighbors celebrating his release with a hero’s welcome.

It should be clear why his terror supporting friends and neighbors are just as guilty as he is.

Note all the Hamas flags in this village near Hebron. 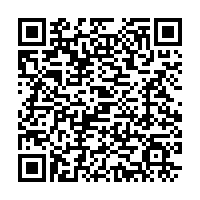