Moti Gaber, a resident of Kfar Yonah, a suburb of Netanya, Israel, was coming home with his son Wednesday night around 8:00 from the Lag Ba’Omer festivities, when he saw something quite literally out of this world.

“I saw something very strange,” he told the Jewish Press early Thursday morning. “I arrived at the parking bay in my housing complex, I look up and, alongside the top of the buildings, I see these orange balls. They were moving in formation, eight altogether.”


Gaber, who served in the IDF in a combat unit, said he can tell the difference between a fireworks pencil, or flares, and what he saw last night. “It looked nothing like any of those things,” he insisted. “If they were fireworks pencils they would have dropped and evaporated. And they just didn’t look like flares. As to balloons, what can I tell you, it makes no sense for a balloon to move horizontally like that.”

Gaber also didn’t think what he had seen were any kind of aircraft known to him, and he contends the objects were perfectly silent and flew too close together to be planes or drones.

“They disappeared from view, I looked for them behind the buildings and saw nothing,” he said.

The police center for special reports told the Jewish Press there were no unusual reports last night in the Netanya area. 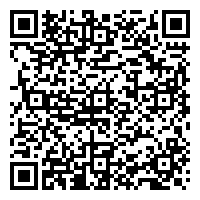