Jerusalem (TPS) – The Israeli Central Bureau of Statistics (CBS) has released data indicating that the rate of road accidents in Israel remains high even after an apparent slight decrease over a limited period.


According to CBS statistics, January saw 1,614 injured (107 seriously) and 26 killed, figures which signify a slight improvement over previous months.

Still, the numbers are high compared to those in other countries. In 2013, the latest year for which figures are available, there were 458 accidents per 100,000 vehicles in Israel while a total of 1,537 serious crashes took place in 2015 resulting in 292 deaths.

Moreover, despite the slight improvement over the course of a few months, Israel is now in its third consecutive year of overall increases in car accidents, according to Oz Dror, spokesperson for Or Yarok (Green Light).

Dror told Tazpit Press Service (TPS) that 2015 concluded with 355 fatalities despite governmental targets to reduce the number to less than 300. The NGO, which seeks to minimize accident fatalities and casualties and to improve the driving culture in Israel, believes that the Israeli government bears the primary responsibility for this figure.

“If the state undertakes a series of measures, it can make up for the mistakes of the driver. Not every mistake that the driver makes has to end in death,” Dror said. He added that the main factors contributing to the high mortality rate on Israel’s roads are infrastructural, educational and enforcement-related.

Citing what are commonly known as “red roads” on which fatal accidents are more common, Dror explained the need for further governmental investment into separating narrow two-direction lanes. “At the moment, the smallest mistake can be fatal on these roads.”

Furthermore, Dror said that a key problem on Israel’s roads are the narrow width of shoulders or their total absence altogether. “In Israel, shoulders have to be three meters wide so that in the case of emergency pull-overs, the drivers can stop in a safe position,” he said.

Indeed, in a separate interview with TPS, Chairman of the Knesset Lobby for the War Against Road Accidents MK Hamad Amar (Yisrael Beiteinu) pointed to this factor as a principle cause of road fatalities:

“There are no shoulders on the roads on which to stop. Even the new plans for road construction in Israel don’t involve shoulders. That means that if you ever have to stop because you are tired or you have a malfunction or something, then you have to drive for many kilometers before you find a shoulder or else you have to stop on the road. Your life is in danger either way,” he said.

The lack of traffic police can also be attributed to the high rate of car accidents. According to Dror, the country requires 450 traffic police vehicles to monitor drivers but currently has only 100.

Similarly, he rejected the notion that the culture of driving is any different from that in other countries, arguing that instead Israel needs better enforcement of the laws and approximately 300 speed cameras instead of a mere 30.

Placing the human costs to one side, Dror posited that the government could save billions of shekels in the long run if the problem were addressed. Each year, the overall costs of road accidents amounts to NIS 15 billion per year while each death costs the government NIS 6 million. “If 500 million shekels were invested every year, you would save NIS 2 billion. Putting the lives aside, money could be saved,” he calculated. 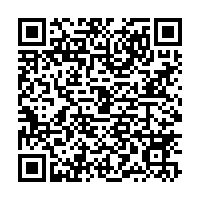