For those who closely follow events in Israel and the rest of the Middle East, it is hard to imagine that there are people and organizations with no knowledge of the loathsome Max Blumenthal and his twisted obsession with demonizing Israel and lionizing Palestinian Arab terrorists.

One might be inclined to give slack to a writer-focused non-profit organization that wanted to hold an event on the difficulties of reporting from a war zone, to assume that Blumenthal, who recently published a book about the 2014 Gaza War, might be a sensible choice. His book, The 51 Day War: Ruin and Resistance in Gaza, sounds exactly like what Brendan de Caires, PEN Canada’s programs director, said they were seeking.  But it turns out that Blumenthal’s claim to have seen the Gaza war first hand is overblown, while any belief in his objectivity as a reporter is wildly misplaced.

Not there for the war, and not an objective reporter — why is this man giving a talk on war reporting?  A little digging reveals that PEN could not pull together the topic it preferred and then may not have done its own homework carefully enough. Let’s hope, anyway.

PEN, an organization established in 1921 to promote and protect “poets, essayists and novelists” is a free speech advocacy organization that now includes reporters and others involved in all forms of writing.

The event in question will be held Wednesday, Feb. 24, at the Toronto Public Library. The title of the event is “Embattled Truths: Reporting on Gaza.” The event is billed by PEN Canada as a search “for truth within the fog of war.” With Blumenthal there is always plenty of fog, but his pronouncements and productions tend to obscure truth with more fog, rather than do anything to clear it up.

Blumenthal’s wild antics against all things Israel have provided fodder for many articles, even horror from standard-issue left-leaning critics  of Israel. Perhaps it is sufficient to say that this late-30-something Peter Pan avidly promoted the use of the acronym JSIL (Jewish State in the Levant) to compare Israel to ISIL, the ferociously barbaric Islamic State. This was Blumenthal’s effort to be au currant. Until then Blumenthal relied heavily on the vicious calumny of portraying Israelis as the modern-day Nazis.

PEN Canada’s de Caires gave the JewishPress.com a lengthy telephone interview last week. He explained that for this year’s Freedom to Read Week, PEN Canada had originally thought to have a much larger panel to explore the militarization of cyberspace, such as through the Stuxnet virus. That panel did not work out, and PEN Canada had already done a presentation on war photography. It then occurred to de Caires and his colleagues to do a panel presenting yet another “aspect of freedom of expression that we think is interesting,” and that turned out to be one about “the writing of a book from a war zone.”

By the time de Caires spoke with the JewishPress.com he had already heard from members of the community who were not happy with PEN Canada’s decision to showcase Blumenthal.

JEWISH CANADA INFORMED PEN CANADA ABOUT THE OUTRAGEOUSNESS OF ITS CHOICE

The Toronto co-chairs of the Canada’s Center for Israel and Jewish Affairs contacted the President of PEN Canada, Randy Boyagoda, almost two weeks ago. They expressed their “dismay and disappointment” that Blumenthal was being promoted as a truth-teller, pointing out that what Blumenthal does is take all the verified evil-doings of Hamas and invert them to appear as if Israelis are the ones, for example, using human shields or arbitrarily targeting civilians.

As Berl Nadler, one of the co-chairs, told the JewishPress.com, CIJA believes PEN Canada “made a terrible mistake, at the expense of PEN’s reputation, in extending an invitation to a blatant propagandist known more for sensationalism than sober and informed analysis.”

Boyagoda’s response, Nadler confided, “was well written but devoid of any logic that I could discern.” CIJA was extremely disappointed.

At least one other major Jewish organization based in Canada reached out to express its disappointment with the host’s choice of Max Blumenthal as a legitimate “war correspondent” about Operation Protective Edge.

Avi Benlolo, president of the Friends of the Simon Wiesenthal Center, told the JewishPress.com by email that “Max Blumenthal represents the radical left’s extremist belief that Israel is the embodiment of all evil and has no right to exist.”

After ticking off several of Blumenthal’s best known qualifications as a certified hater of Israel, the FSWC president had this to say: “I’m not sure what PEN is trying to achieve by giving Blumenthal a podium from which to spew his hatred, but if its goal is to contribute to increasing antisemitism in Canada, then I guess it will succeed.”

“We have not the slightest interest in his opinions on Israel,” de Caires told the JewishPress.com. “The point is for him to be discussing the ethics of war reporting, the complexities involved, the issue is not Israel,” he stressed repeatedly.

Despite Blumenthal having written a book as if he was a bona fide war correspondent, that is not quite accurate.

The writer Petra Marquardt-Bigman painstakingly put together a timeline of Blumenthal’s whereabouts while the Gaza conflict raged. She then published an article in the Algemeiner in June of last year. In that article, she revealed her findings: Blumenthal could not have been in Gaza for more than a week of the entire 51 day war.

Marquardt-Bigman reveals that Blumenthal was not in Gaza when the war started, and that “the Israeli army had withdrawn its ground forces almost ten days before Blumenthal arrived in Gaza.” Nonetheless, a promotion for his book claims that ‘Blumenthal brings the battles in Gaza to life, detailing the ferocious clashes that took place when Israel’s military invaded the besieged strip,’ and that ‘Max Blumenthal was in Gaza throughout this catastrophe’ (i.e. the 2014 Gaza war).”

Even Amazon’s description of Blumenthal’s book was misleading. It claimed, Marquardt-Bigman discovered, “that ‘Max Blumenthal was in Gaza and throughout Israel–Palestine during what he argues was an entirely avoidable catastrophe.'”

As Marquardt-Bigman points out, if “you write a whole book that you want to market as an ‘explosive work of reportage’ about a recent war that lasted some seven weeks, it is of course tempting to claim that you actually witnessed what you ‘report’ about.'” Blumenthal, she points out, didn’t come close.

PEN Canada may have had the very best of intentions in deciding to use Blumenthal on its panel. As de Caires repeatedly told the JewishPress.com, Blumenthal just recently wrote a book reporting from a war zone, “the most contentious war zone on Earth,” and it is PEN’s goal to provide a robust discussion. But given that Blumenthal, despite his advertisements, was on the ground for less than one seventh of a 51 day war, lacks fluency in either Arabic or Hebrew, and has an obsessive and well-documented obsessive hatred of Israel, one wonders why PEN Canada would choose to continue with what many will see as a farce.

Near the conclusion of a lengthy telephone interview with the JewishPress.com, de Caires sought to redeem their choice by pointing out that “Avi Burg, a former knesset speaker, called Blumenthal’s book a ‘must-read.'”

Again, it’s hard to fault someone for not knowing the intricacies of Israeli politics and personalities, but a quick Google search of the man would reveal why that point in PEN Canada’s favor is, in fact, anything but that. Avraham Burg, like Blumenthal, also believes there is no need for a Jewish State and is one of the biggest contributors to the demonization of Israel.

As CIJA’s Nadler pointed out, Blumenthal comes from a position where he fervently “believes that one side should have a state” – the Palestinian Arabs – “and believes that the other side does not need a state” – the Jews, “and it becomes quite irresponsible to hold that person out as a legitimate and unbiased war correspondent.”

Nadler said there would be people at the event Wednesday night who know who and what Blumenthal is and who have a strong grasp on the facts. Still, he told the JewishPress.com that he and his colleagues were disappointed in the response given by PEN Canada.

“They invited Max Blumenthal, a propagandist, to speak at this PEN event, that is not how one seeks to advance an intellectual and honest debate,” Nadler said.

Maybe Blumenthal is balanced by his co-panelist? Nope, not that either.

Blumenthal’s co-host, Olivia Ward, is a foreign affairs reporter at the Toronto Star. Just a few years ago Ward wrote an article about the emergence of “One State,” instead of the “hoped-for” Two State “solution.”

In that article Ward quotes Ilan Pappé, a former Israeli who detests Israel so much he had to move to England. She also quotes far leftist Yossi Beilin, former Palestinian Authority Prime Minister Ahmed Qurei (she refers to him as former Palestinian Prime Minister) and the head of Peace Now, Yariv Oppenheimer. No one else was quoted. Ward described the situation, when keening over the ever-foundering peace process was on an upswing, this way:

“As the peace process stalls yet again, and Jewish settlements expand on Palestinian territory, some high-profile Israelis, as well as Palestinians, have begun to think a one-state solution may arrive by default.” Sound even-handed to you? 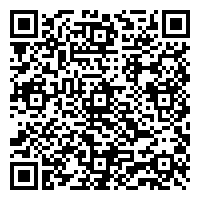