Officials of the Simon Wiesenthal Center met with Ecuadorian authorities to seek their support in asking Cuba to release American prisoner Alan Gross.

The meetings came on the sidelines of the American Jewish Joint Distribution Committee’s Latin American gathering of Jewish communities in Quito, the capital of Ecuador.

Widder told JTA that Lasso did not comment on future steps regarding the Gross case. Lasso expressed her support for Holocaust education in Ecuador, he said.

Gross, 63, of Potomac, Md., was sentenced last year to 15 years in prison for “crimes against the state.” He was arrested in 2009 for allegedly bringing satellite phones and computer equipment to members of Cuba’s Jewish community while working as a contractor for the U.S. Agency on International Development.

“We believe that President Rafael Correa Delgado is best-placed to convince Havana to make a humanitarian gesture,” Samuels and Widder told Ecuadorian officials.

On Sunday, more than 500 rabbis urged the release of Alan Gross, citing the possibility that he has a cancerous growth, based on a recent assessment of his medical records by a U.S. radiologist.

Also, the Wiesenthal Center expressed its concern at the growing influence of Iran in Ecuador and its anti-American, ALBA bloc partners of Venezuela, Cuba, Bolivia and Nicaragua.

“This represents a potential danger of Iranian-supported Hezbollah terrorist networks abusing Ecuador’s hospitality as a springboard for expansion throughout South America,” Samuels said. 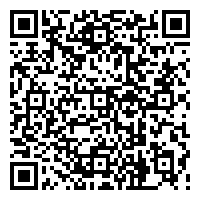