The State’s response to petitions taken up by Israel’s Supreme Court regarding the IDF Haredi recruitment program reveals a plan to enlist yeshiva students en masse into the army starting in the summer of 2013, Ynet reported. The revised draft law will apply to all 18-year-olds, so that in two years some 14 thousand Haredim will be drafted.

At the same time, absent alternative legislation to replace the Tal Law, which expired a few months ago, tens of thousands of 19-30-year-old Haredim will receive a final exemption from military service.


The petition was filed with the high court by the Movement for Quality Government and other organizations.

The state’s response also reveals that the IDF has already begun the process of sorting yeshiva students born between 1994-1995, whose past legal definition used to be “Their Torah is their profession.” According to the recruitment program adopted by Defense Minister Ehud Barak, if the Tal Law is not replaced, these Haredim are expected to enlist as early as next summer and serve three full years.

The plan is to stagger their recruitment, to allow IDF manpower officials to study the process and draw conclusions, with the expectation that by 2015 full Haredi recruitment will be possible.

The IDF planners have been looking at placing the recruits in four combat battalions, including three battalions that will be established exclusively to absorb Haredi recruits. In addition, recruits will be tested for service in technological facilities, as well as non-military service in the Defense Ministry, the Ministry of Public Security, the police and the GSS (General Security Service or Shabak).. 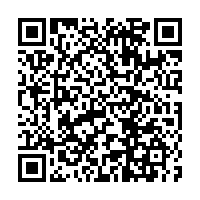