In addition, Wizz Air announced it will increase frequency on the following routes:

Bucharest – Tel Aviv, from 4 to 7 weekly flights from September 18

Wizz Air noted that these new routes are some of many that the company has opened to Israel and more new routes are planned, in the framework of the company’s cooperation with the Tourism Ministry. Wizz Air also announced that the new routes would operate twice a week and that passengers wishing to purchase flights for their vacations/city-breaks in Tel Aviv/Lublin/Craiova and Kosice can do so on the company website wizzair.com, with flights beginning at $42.73* one way.

Tourism Minister Yariv Levin said in a statement: “I congratulate Wizz Air on its decision to continue expanding operations in Israel and to open three new direct routes into Ben Gurion airport, joining the existing routes. I am pleased that cooperation between the Tourism Ministry and Wizz Air has moved up a level, as the company expresses confidence in the Israeli tourism product and significantly expands its operations in Israel.

“The tourism industry is currently going through a great transformation and the expansion of Wizz Air operation is a testament to the significant improvement in the attractiveness of Israel as a tourism destination. The opening of the new routes, which will bring further increases in incoming tourism, joins the exceptional marketing efforts that we are implementing, efforts that have already led to a 25% increase in incoming tourism this year.”

*One way including all taxes and non-optional charges 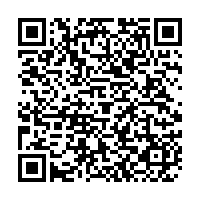