Women of the Wall blew a shofar at the back of the Western Wall Plaza and raised a Torah scroll at the plaza’s gate as they completed their service under a heavy police barricade.

Police wouldn’t let them bring a Torah scroll into the service, but before entering the plaza, the group sang as one woman held a scroll at the plaza’s gate.

One small step for woman holding scroll. No discernable big step for anybody.

Police acted on the side of caution, because, as they had done a month ago, thousands of seminary girls packed the plaza by the Wall and prayed quietly during Wednesday morning’s service.

None of the young women blew a shofar or pass the Torah around, but they did say Hallel, and Mussaf, quietly.

So police decided to barricade the 300 or so Women of the Wall and their male supporters at the back of the plaza, far away from the Wall, behind a heavy police barricade, a 15-foot buffer zone and two lines of police, according to the JTA report.

A WOW statement complained that they were “corralled into a small pen in the Western Wall Plaza, 150 meters from the Kotel. This, despite requests of Women of the Wall and MK Aliza Lavie, chair of the Knesset Committee on the Status of Women (Lavie in a letter to Minister of Internal Security Aharonowitz), to allow women to pray freely, according to their tradition at the holy site.”

Meanwhile, over at the men’s section, Haredim blew whistles and chanted insults. One Haredi guy chanted psalms into a megaphone, disrupting the WOW service.

The WOW statement accused Rabbi Shmuel Rabinowitz, appointed administrator of the Western Wall and holy places, of leading prayers and addressing worshipers over this loudspeaker while the WOW attempted to pray together.

“The sound system is for public use,” they wrote, “and yet never in 25 years has it been used on Rosh Chodesh, until last month. Rabinowitz chose to use his status to take a biased and discriminatory stance: to drown out women’s prayer in favor of his own.”

In other words, a kind of Mutually Assured Disturbance was observed by both sides.

Women of the Wall chair Anat Hoffman said, “We will not forget that the Torah is exiled from the Western Wall, due to the discriminatory misuse of power by Rabbi Rabinowitz. Israel is the only democracy in the world that by law prohibits women from reading Torah. Unfortunately, the only people who felt at home today at the Kotel were the ultra-Orthodox worshippers and the police and Rabinowitz collaborated towards this end.”

Except, whenever this reporter asks the WOW to comment on the similarities between their case and the exile of Jews from setting foot freely, much less praying, on the Temple Mount, they clam up and declare those are totally different things. Freedom is freedom is freedom, unless you are a religious hypocrite, with whom this country has been richly blessed.

JTA noted that over the two Rosh Chodesh days, last month and today, a new status quo has developed at the Wall during the Women of the Wall attempted service: Orthodox girls arrive en masse and pray quietly next to the Wall, Police place Women of the Wall under a heavy barricade, and protesters try to interrupt them.

Two months ago, the protesters were “raucous and violent,” meaning they threw chairs at the WOW, this time things were relatively civil. And by the time WOW leader Hoffman blew the shofar, most of the protesters had already dispersed.

“More than ten women blew shofar together at the Kotel, as is traditional in the Jewish month of Elul preceding the high holy days,” reads the WOW statement. “The sounding of the ram’s horn symbolizes Women of the Wall’s perseverance and determination to see justice for women at the Western Wall, in Israel and around the World.”

Not so much justice as a little bit of civility. You don’t want to be drowned out by megaphones, please don’t do stuff that upsets folks who have been davening here since 1967. It appears the WOW are learning a hard lesson of what happens when you really awaken a Haredi lion from his/her slumber. It’s been known to bite.

Let’s hope nobody forgot to say Ya’aleh V’yavo – which you can always say later, during benching. 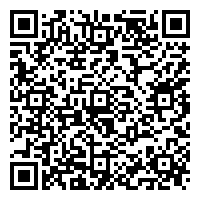