In Israel, it pays to be a woman if you want to get ahead as legal clerk, lawyer or judge.

In a quiet revolution, women have begun to outnumber men in the Israeli legal profession, and while, for the moment, there are still more active lawyers who are men (28,231) than women (22,670), that gap is quickly closing.


Here are some numbers that may surprise you:

Soon men may need to demand affirmative action if they want to move up in the legal world.

So where does it still pay to be a man?

The last holdout where men still outnumber women is that of partners in the top private Israeli law firms, where men make up 73% of the partners compared to the women’s 27% (Source: Dun and Bradstreet).

The other last bastion of male control is of course as Rabbinical Court judges.

But not to worry, women are working to take those over too.

Revolution In Iran With Clare Lopez – The Danger Zone [audio] 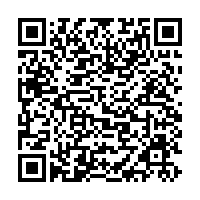