(JNi.media) Goldie Steinberg, born Oct. 30, 1900 in Kishinev, Russia (today Moldovia), the 13th-oldest person in the world and the oldest Jew, passed away on Monday at age 114, just two months shy of her 115th birthday, in Long Beach, NY, Chabad.org reported.

According to the Gerontology Research Group, Goldie was also the second-oldest New Yorker and the oldest Long Islander.


She remained lucid until the end, according to the report.

“My father’s name was Chatzkel, everybody knew him as an honest person,” Steinberg told Hamodia last year, when the Grandell Rehabilitation and Nursing Center celebrated her 114th birthday, with family, friends and well-wishers on hand.

Her father was so trusted in the community, Goldie told Hamodia, that lenders didn’t ask for his signature on loans that he guaranteed. She recalled that her father would often give beyond his means at charity appeals, to put pressure on wealthier Jews in the community to also give.

She moved into the facility at age 104, but, far from becoming isolated from the outside world, read the newspapers regularly.

“She was a tremendously special person,” Rabbi Eli Goodman, co-director of Chabad of the Beaches in Long Beach, told Chabad.org. “Each year there was a birthday party for her. I attended a number of them, and children from the local Jewish schools would come and sing, and bring her presents. It wasn’t just her old age that made her special; everyone truly looked up to her.”

Goldie Steinberg immigrated to America with her sister at age 23, with money from her uncle Max. They lived in Brooklyn, and Goldie worked as a seamstress, sewing draperies and dresses. She met her husband, Phillip, at a landsman’s society event. Philip, who died in 1967, worked as a jeweler on Fulton Street. They moved into an apartment in Brooklyn together and had two children, Don Sargent and Anne Teicher. She also had four grandchildren and seven great-grandchildren.

Asked about her secret to a long and healthy life, Goldie said, “My children keep me alive.”

Despite her Brooklyn roots, Goldie was a life-long Yankees fan.

She voted in every election since 1924, 23 times altogether.

“Goldie is such an immense pleasure to have here at Grandell. We are blessed to be in the presence of someone as wise and as wonderful as she is. From the bottom of our hearts, we all wish her many more years of continued joy and nothing but love,” Baruch Giberstien, Administrator at Grandell Rehabilitation and Nursing Center, said last year.

“My grandmother’s life—surviving the pogroms, losing siblings in the Holocaust—it was a history lesson,” her grandson Peter Kutner told Chabad.org. “She was a very selfless person; she always thought of others. She lived on her own in Bensonhurst until she was 104 and refused to move in with my mother because she didn’t want to be a burden on her. That tells you something about her.” 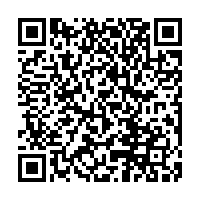