Speaking with media, Netanyahu addressed the ongoing threat to Israel posed by Iranian proxies in Lebanon and Syria. “The ruler of Iran, [Ayatollah Ali] Khamenei, said yesterday, and I quote, ‘We will take all measures to support all those who fight against Israel.’

“Iranian Foreign Minister [Javad] Zarif said in Beirut a few days ago, at a meeting with the head of Hezbollah, Hassan Nasrallah, and I quote, ‘The nuclear agreement has created an historic opportunity to stand against the Zionist entity.’

“What we have said all along is being seen as correct and accurate. The money that will flow to Iran in the wake of the nuclear agreement will serve it to strengthen the terrorist organizations operating against us, in its name and under its auspices, in the avowed goal to destroy Israel.

“The IDF is strong. The State of Israel is strong. We are ready for any eventuality. Those who try to attack us – we will hurt them,” Netanyahu warned.

Defense Minister Ya’alon concurred. “I would like to commend IDF soldiers and commanders in general, and those of Northern Command in particular, for safeguarding our borders and maintaining quiet along them, despite what is happening on the other side, for their professionalism, which is allowing thousands of tourists to travel throughout the north.

“On the Golan Heights it is not quiet and those who do not want quiet are the Iranians, who are trying to use proxies to carry out attacks against us.

“Representatives of the Revolutionary Guards are currently waiting for the implementation of the bad agreement that is being formulated with the major powers in order to send more money to Hezbollah and the other terrorist organizations, both on the Golan Heights and in the Palestinian arena.

“Of course, the IDF is prepared; it will continue to not allow violations of sovereignty on the Golan Heights.

“In Judea and Samaria as well, as you have seen, it is not quiet. There are attempted knife attacks on an almost daily basis.

“Again, I would like to commend IDF soldiers and Border Police personnel for responding quickly and professionally against all those who try to raise a hand or a knife against IDF soldiers or civilians.

“This week I approved the demolition of more terrorists’ homes, terrorists who already committed their crimes, as part of our deterrent moves to prevent terrorism,” he added. 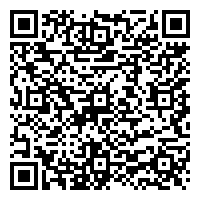