Roll out the red carpet! Make sure the horns are filled with lemon juice. Get out the brass band. Are the spittoons all polished?

Turkish President Recep Tayyip Erdogan has arrived in New York and is set to meet with Jewish and Armenian leaders on the sidelines of the United Nations General Assembly. The summit runs from Sept. 22 (today) through Oct. 1.


Erdogan is set to meet first with the Jews on September 23, specifically with a delegation from the World Jewish Congress led by Ronald S. Lauder, according to the Daily Sabah newspaper.

(He is also expected to meet with Archbishop Khajag Barsamian, the primate of Diocese of Armenian Church of America (Eastern) and president of the Fund for Armenian Relief, at a later unspecified time. This is another “biggie” since Turkey has a running issue with a 1915 accusation of genocide that has never been entirely resolved.)

The way the news of these meetings is being trumpeted about in Israeli and Jewish media, one might think that something is actually going to come of it. Sadly, nothing is likely to be further from the truth.

Erdogan’s previous vows to “protect the rights of the Jewish community in Turkey” and his claims that the government will “never let the Jewish people in Turkey get hurt” have been widely quoted by Turkish media. But frankly, Harriet, some of the more jaded journalists who have been around the corner a few times are a bit skeptical – including me.

The verbal temper tantrum from a president who backs Hamas, which was founded by the Muslim Brotherhood with which Erdogan is very close, inspired in response a stream of vicious anti-Semitic op-eds. They were written by columnists calling on the government to force Turkish Jews to pay for Gaza reparations, and to punish Turkey’s Jewish community for “Israeli war crimes.”

Erdogan did nothing to silence those voices, nor to protect the Israeli embassy from the rioting mob that attacked its offices in Ankara this summer. Police in Istanbul had more initiative and blocked off the Israeli Consulate in their city; but little else was done. No public statements were forthcoming denouncing the violence, or defending the rights of the country’s Jews. A lukewarm statement was issued days later mentioning that Turkish Jews are citizens of the country, after all; and added it was best if they denounced Israel anyway.

But Turkish anti-Semitism is unfortunately not new. It was apparently quite hale and hearty during the Ottoman Empire, as a columnist for The Huffington Post pointed out this week.

There was the infamous Wealth Tax of 1942, and the Thrace pogrom which started in June 1934 but unlike the Russian version, lasted a month. It dragged on until it reached a peak on the night of July 3, when Jewish homes in Kirklareli – near the Bulgarian border – were raided.

Most of the Jews who abandoned their homes in 1934 never went back. More emigrated in 1948-49, upon the rebirth of the State of Israel.

Although there is little actual physical violence today against Jews in Turkey, save for the sporadic crimes that plague any society, the under-current of anti-Semitism is never far from the surface. It is impossible to walk into any supermarket in Istanbul, for example, and find any packaged item marked with reliable kosher supervision on the label. It simply doesn’t exist.

Synagogues have become armored fortresses. At the Neve Shalom shul in Istanbul, one is required to hand over a passport simply to enter the building. There, the grim-faced Turkish security guard will check you out and grudgingly let you through a metal detector, but he won’t allow you to take your passport back until you exit the premises. And don’t dawdle. 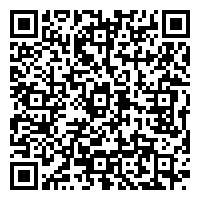