A former member of the underground Irgun headed by Menachem Begin and then of the HaGanah, Navon learned Arab literature and Islamic culture at Hebrew University and served as a diplomat before entering politics and holding the post of Education Minister.

He was born to a Jerusalem Sephardi family whose descendants include Spanish Jews who made Aliyah to Jerusalem after the Spanish Expulsion in 1492.

Navon was elected to the Knesset in 1965 as a member of Ben-Gurion’s Rafi party, which merged into the Labor faction.

The extremely popular president was unanimously elected to the office, with no opposition, and he was the first president to live in the current presidential residence in Jerusalem. He turned down the opportunity to run for a second term of office and then became the only president to return to politics.

Navon was more popular than Labor party chairman Shimon Peres, a leading member of Labor but rejected appeals to replace him.

Funeral arrangements have not yet been announced.

Berachos: The Key To Fearing Hashem 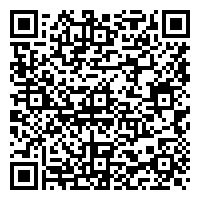