America’s younger generation that was born long after the pro-Israel enthusiasm fallout from the Six-Day War is far less enthusiastic about Israel than the older “baby boomers” and even thinks that Israel’s war against terror in Gaza was unjustified.

Media have reported that a Gallup Poll last month showed support for Israel, but a breakdown of the survey reveals that those between ages 18 and 29 criticized Israel by a 2-1 margin, The Hill reported.


Alec Tyson, a senior researcher with Pew, told The Hill that while the findings were “significant,” it was also important not to draw too sweeping a generalization from them. “He noted that when Americans were asked whether they had more overall sympathy for Israel or the Palestinians, Israel consistently comes out on top,” The Hill wrote..

But there is a drastic change in the numbers.

Tyson explained, “Young people are more sympathetic to Israel than the Palestinians by about two-to-one, rather than by about six-to-one among the oldest Americans.”

As recently as 2006, during the Second Lebanese War against Hezbollah, Americans in 18-29 bracket blamed Hezbollah more than Israel by a lopsided 3-1 margin, according to Pew poll cited by The Washington Post.

A Pew survey last month revealed that while Americans blamed Hamas for the violence in the war by a 40-19 percent margin, a plurality of those aged 18-29 blamed Israel.

“Israel has taken a PR battering in the current war,” Tevi Troy, who served as a liaison to the Jewish community for the administration of President George W. Bush, told The Hill. “There is a lot of anti-Israel propaganda.”

The report suggested that part of the change in opinion might be related to the phenomena of social media that has made information more immediate but also more opinionated, on all parts of the political spectrum.

Gory pictures of dead Arabs plastered all over the web during the war, even if some of the bodies were “borrowed” from Syria, Iran and previous wars against Israel, have had a far more powerful impact that photos of roofs of homes in Sderot damaged by rockets or even children taking cover from  an incoming missile attack.

The Hill also noted that older American remember the Yom Kippur and Six-Day wars, in which Israel was not branded as evil by the media outside of the Arab world.

The younger generation only knows Israel as a super-power and is easily pulled into the bleeding heart camp for Arabs who are promoted by UNRWA as “refugees” even though their permanent homeless status is a result of the United Nations’ singling them out as fourth and fifth-generation Arabs as refugees, a classification that is not made for anyone else in the world.

“Still, pro-Israel figures insisted that the shift among the young was nothing to panic about — yet,” The Hill concluded, along with the assumption – and it is just an assumption – by Troy that  “over the long run, America’s interests and Israel’s interests are aligned.” 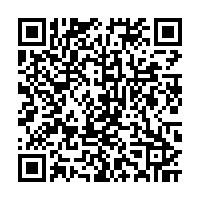