Around noon, Wednesday, a young man boarded the Dan transit company number 142 articulated bus in downtown Tel-Aviv, an area of many government and business hi-risers (the IDF command center is situated only a few blocks away), and while riding for as few minutes, the man planted a bomb on the bus, exited at the corner of Weizman and Shaul Hamerlech Streets, as behind his back a huge explosion rocked the bus, shattering its glasses and blackening its front and interiors.


The 142 bus exploded a minute or so before it would have reached its most popular spot, by the Arlozorov Street train station, where it would have been boarded by dozens of passengers, in the midst of a large crowd of pedestrians.

A police official told Ma’ariv that the organizers of this attack were hoping for a “big” event with multiple casualties.

Large police, Firefighting and EMT forces are arriving at the bus site. The street was blocked.

There are 17 injured, two of them inmoderate to serious condition, who were taken to the Ichilov Hospital nearby. No fatality, thank God.

The Ichilov Medical Center is right on Weizman Street, a short walk from the explosion.

An Army Radio reporter said that the internal damage was not as extensive as in previous explosions in years past.

Unofficial report says there was no suicide bomber on board, which suggests an explosive charge was planted on the bus. This would explain the relatively limited damage, compared to past explosions. Rumor has it that the terrorist was seen fleeing the bus and security forces were giving chase.

An eye witness told Army radio she heard the explosion and went out of her office, to discover a scene of smoke and shattered glass. She saw a female soldier’s body being removed from the bus.

Office workers in the district received warning to remain in their offices, because police suspect that the terrorist, is still at large.

An MDA official said that because of the war there is an increased number of ambulances in the city.

There are warnings about several terrorist teams in the city who are planning more attacks. Traffic jams are paralyzing access to downtown this afternoon.

Tel-Aviv school children were told to stay in school this afternoon, until further notice. 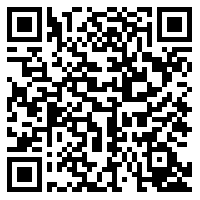