The public sector in Israel constitutes some 730,000 workers with annual salary costs of NIS 190 billion, the Knesset’s Labor and Welfare Committee learned.

The Committee convened for a briefing on trends and changes in the public sector.


According to the statistics presented on Wednesday by Kobi Bar-Nathan, Director of Salary and Employment Agreements at the Ministry of Finance, the public sector numbers about 730,000 workers, constituting 15-20% of the workers in Israel.

The total salary costs for workers in the public sector stood at about NIS 190 billion per year as of 2019.

Bar-Nathan noted that in the past decade there had been many significant reforms that raised salaries in the public sector.

In the public sector, there is no clear correlation between one’s psychometric score and the wage earned, as opposed to the private sector in which such a clear relationship exists. Bar-Nathan said that in recent years there has been an attempt to incorporate in the public sector a payment scale based on parameters of quality, both in admission and throughout the worker’s employment period, joining the existing parameters that compensate workers mainly for formal education, seniority, and other factors.

“We want as much as possible to pay for capabilities, for people who give added value to the public. In the private sector, this happens—payment is based on the worker’s productivity. In the public sector it can’t change completely within a day, but there are processes to advance this,” said Bar-Nathan. 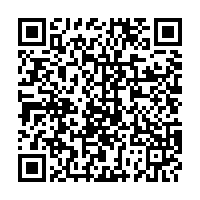