The last time Israel has seen the establishment of brand new bank, as opposed to the purchase of an existing bank, was almost fifty years ago, in 1970. It was a branch of Exchange National Bank of Chicago, which was eventually swallowed up by Bank HaPoalim. Yes, Israel’s banking system is rigid, unbending, centralized, some say biased in favor of the big banks, more reminiscent of downtown Havana than Wall Street.

Which is why Israeli economists were delighted when the Bank of Israel’s Banking Supervision Department last November issued an announcement “encouraging the banking corporations to implement innovative technologies while properly managing their risks, including cloud computing technology.”

The central bank then quickly issue a revised directive saying it still does not allow the use of cloud computing technology for core activities and/or core systems. However, said revised directive continued, “in exceptional cases, the Supervisor of Banks will be able to approve such use, for instance in case of the establishment of a new digital bank.”

This was huge, and resulted on Tuesday morning with another central bank announcement, celebrating the establishment of a totally new, straight out of the box digital bank, owned by entrepreneurs Marius Nacht and Professor Amnon Shashua.

Bank of Israel Governor Amir Yaron, and the Supervisor of Banks Hedva Bar inform the two lucky winners that the Banking Supervision Department has completed the review process of their request, and the Governor is prepared to grant them a license to establish the bank and the permit to control it.

Gosh, it’s almost like getting a note informing you you’ve been approved for an apartment with windows in Moscow.

The two entrepreneurs intend to set up a digital bank, with no street branches, focusing on providing banking services to households. Their initiative includes providing credit, taking deposits, managing accounts and buying and selling securities.

Marius Nacht, 57, is an Israeli entrepreneur, social activist, and investor. In 1993, Nacht co-founded a cyber security company called Check Point Software, famous for being one of the first to offer a commercial firewall. Since then, he has broadened his professional interests to making improvements in the fields of healthcare, banking, and cyber security. He has been a director of Check Point since its inception, and became vice chairman in 2001. In September 2015, Nacht was appointed Check Point’s non-executive chairman of the board.

Amnon Shashua, 59, is an Israeli computer science professor at the Hebrew University in Jerusalem, as well as Senior Vice President at Intel Corporation and President and CEO of Mobileye, and co-founder of OrCam. 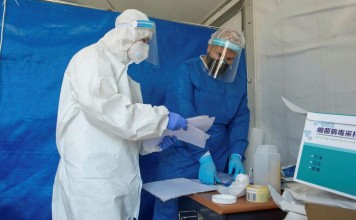