The Monetary Committee of the Bank of Israel decided Monday to keep the interest rate unchanged at 0.1 percent, the Bank spokesperson said.

“The opening of the economy and the return to normal life in Israel are expected to support continued rapid growth in the coming year,” the Bank said. “However, there are still challenges to economic activity in view of the health risks in Israel and abroad.


“The adverse effects of the crisis on the economy, particularly the labor market, are expected to be prolonged. The Committee will therefore continue to conduct a very accommodative monetary policy for a prolonged time, using a range of tools as necessary, including the interest rate tool, in order to support the attainment of the policy targets and the recovery of the economy from the crisis, and to ensure the continued orderly functioning of the financial markets,” the spokesperson said.

The Israeli economy is recovering at a rapid pace, following the exit from the third lockdown, the Bank said.

The effectiveness of the vaccination program has led to a sharp decline in morbidity rates and has allowed a broad relaxation of the limitations on activity.

The available indicators regarding economic activity in March were at the highest level since the beginning of the crisis. There was also a marked increase in activity in those industries that were particularly hard-hit by the limitations.

The broad unemployment rate declined in the first half of March, to 12 percent. Data for the end of March and for April are expected to indicate a further decline in the broad-definition unemployment rate. According to the Business Tendency Survey conducted by the Central Bureau of Statistics, there was a sharp increase in companies reporting difficulties in recruiting workers, together with a notable increase in reported job vacancies.

The BOI Research Department staff forecast projects that the GDP will grow by 6.3 percent in 2021.

The broad unemployment rate is expected to decline to 7.5 percent by the end of 2021, the Bank said.

The inflation environment remains low, but a moderate upward trend continues. The CPI increased by 0.6 percent in March, following an increase of 0.3 percent in the February CPI—both higher than expected—and inflation in the past 12 months is 0.2 percent.

Since the previous interest rate decision, the shekel strengthened by one percent in terms of the nominal effective exchange rate and against the euro, while it weakened by 0.4 percent against the dollar.

The pace of issuance in the equity market remains high, and there was a sharp increase in capital raised in the venture capital industry in the first quarter. The credit market continues to function well, with stable and low interest rates, supported by a range of steps taken by the Bank of Israel and the Ministry of Finance.

In February and March, for the first time since the crisis began, the average level of difficulty reported by companies in raising credit declined in all industries, other than hotels, and returned to the precrisis levels.

The increase in the pace of vaccinations around the world is aiding the global economic recovery, the Bank said. The International Monetary Fund (IMF) revised its growth forecasts upward in all the main regions. World trade continues to grow, and its level is higher than it was prior to the crisis. The inflation rate increased in all the main regions, but the core indices remained lower than central banks’ targets. Monetary policy at the major central banks remains very accommodative. 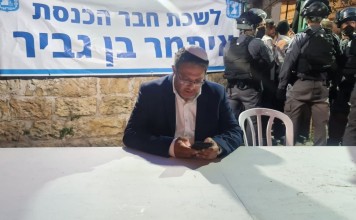