The Monetary Committee of the Bank of Israel announced Monday (May 23) that it will increase the interest rate to 0.75 percent.


Indicators of economic activity continue to show levels close to potential, and the pandemic’s effect on the economy has declined significantly.

However, the war in Ukraine and the lockdowns in China are increasing inflationary pressure and leading to a slowdown in the pace of global economic activity, the Bank noted.

“Inflation in the state is exceeding the upper bound of the target range at 4 percent over the past 12 months. With that, it remains significantly lower than in most advanced economies,” the Bank commented.

Home prices have continued to escalate, with prices rising by 16.3 percent over the past 12 months. Fewer new mortgages were taken out in April, as compared to the previous month. The annual increase in rent renewals stood at 3.2 percent.

Israel’s labor market remains close to the full employment that characterized the economy prior to the pandemic, with businesses in most industries continuing to see a shortage of workers as a constraint on operations. However, the employment rate in April stood at 60.1 percent, slightly lower than the average employment rate in 2019, which was 61.1 percent.

Nevertheless, economic data continue to indicate strong activity even though the first quarter GDP contracted by 1/6 percent in annual terms, relative to the fourth quarter of 2021 and following a 15.6 percent jump in the previous quarter. 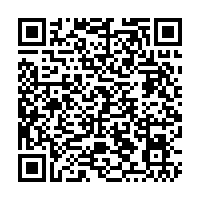