A meeting has been scheduled to convene this week at the Finance Ministry to review and possibly approve the plan, according to multiple sources.


Oddly, just two weeks ago Liberman said at a news briefing, “We oppose a tax hike. Taxes should not be raised and there will be no going crazy on the budget issue,” according to Reuters.

While reinstating a steep VAT (sales tax) on internet sales might not seem to be a tax hike, it represents exactly that to those who will be forced to pay even more out of pocket than the price hikes they already are contending with in the present global “coronavirus economy.”

However, according to the Globes business news site, the plan – reportedly recommended by Israel Tax Authority director Eran Yaakov — comes as part of the 2021-2022 budget talks and the accompanying Economic Arrangements Bill. Currently the VAT exemption is estimated to cost NIS 1.5 – 2 billion annually.

The move is aimed at helping local business owners, who complain the exemption makes it hard for them to compete against internet retailers. Sixty-five percent of online purchases in Israel were with overseas retailers in 2019 according to the consulting firm Sparks, which gathered the data in coordination with the Presidium of Israeli Business Organizations, Globes reported.

The plan will harm consumers, however, who are shopping online to avoid high Israeli prices, or to obtain a product not readily available in the compact Jewish State. It is a short-sighted strategy that is unlikely to encourage increased local shopping, because online shoppers purchase goods via the internet not for increased financial benefit, but rather due to convenience, product availability, and at times, product quality as well.

Approval of the move, which has previously been considered over several administrations, does not require a cabinet or committee vote, but rather simply the decision of the finance minister.

The previous two Finance Ministers, Israel Katz and before him, Moshe Kahlon, declined to eliminate this tax. Their support for online shoppers provided a boost to Israel’s then-burgeoning economy during the Netanyahu administrations.

Likewise, the finance minister prior to Moshe Kahlon, then-Minister Yuval Steinitz, ruled in 2012 that the VAT exemption for online purchases would increase from $50 at that time, to $75, as it is today. 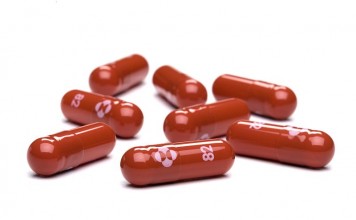