The IDF’s Coordinator of Government Activities in the Territories (COGAT), the unit engages in coordinating civilian issues, and the Standards Institution of Israel (SII), held a ceremony on Sunday to award an Israeli standard mark for the first time to four Arab-owned factories from Judea and Samaria.

The standard mark will allow the factories to expand the marketing of their products in the Israeli and international markets.


The ceremony, which took place at the SII’s headquarters in Tel Aviv, is the result of in-depth staff work that has been promoted in recent months by COGAT in collaboration with the Standards Institute, during which the factories underwent a rigorous procedure.

This step is part of a broad plan to strengthen and improve the economic ties between Israel and the Palestinian Authority, which was approved and promoted by Defense Minister Benny Gantz.

“To create security, civilian and economic stability in the entire region, we have worked resolutely to achieve standards for Palestinian enterprises so that they can significantly expand their revenues and contribute to the economy of the entire region. I sincerely hope that more factories will complete the process and will also be eligible for an Israeli standard mark,” he stated. 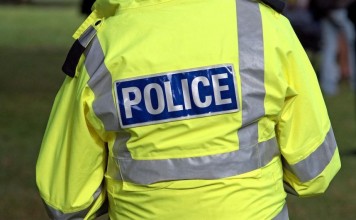