The scope of Israel’s defense export contracts in 2020 reached $8.3 billion, the second-highest annual figure for the State of Israel, and a 15% increase in the number of agreements signed, in comparison to 2019, the Ministry of Defense revealed Tuesday.

Throughout 2020, the Directorate of International Defense Cooperation (SIBAT) in the Ministry of Defense assisted and supported Israeli defense industries in signing dozens of significant agreements with partners around the world.

Radars and Electric Warfare sales led with 16% of the deals, as did ammunition and armament with 16%, followed by manned aircraft and avionics with 13%, observation and optronics with 13%, missiles, rockets, and air defense systems at 10%, weapon stations and launchers with 8%, Teleprocessing (C4I) and communication systems at 8%, drone systems and UAVs at 6%, intelligence, information and cyber systems at 5%, vehicles and APCs at 3%, and finally, services at 2%.

Asia and the Pacific region led 44% of the deals, Europe followed with 30% of the contracts, North America with 20%, Africa with 4%, and Latin America with 2%.

Defense Minister, Benny Gantz stated that “Israeli industries have proven that they are among the world’s leading companies, both in quality and in technological advance – even during a year of global crisis.”

Head of SIBAT Yair Kulas noted that “an increase in defense exports at the height of the global pandemic is a significant achievement. It is attributed first and foremost to the excellence of Israel’s defense industries and to their expertise – a result of their intimate understanding of military needs through the IDF.” 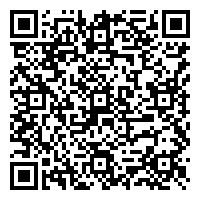