An Israeli food company has announced a successful result in its experiment aboard the International Space Station: the first-ever laboratory-grown meat in space.

The company is focused on producing lab-grown, bioprinted meat, and its current experiment aboard the space station involved mimicking a cow’s natural muscle tissue regeneration process.

Things work a little differently in space – in zero gravity — than they do on Earth, however.

According to Yoav Reisler, an external relations manager at Aleph Farms, “Maturing of bioprinted organs and tissues in zero gravity proceeds much faster than in Earth gravity conditions.

“The tissue is being printed from all sides simultaneously, like making a snowball, while most other bioprinters create it layer by layer.

“On Earth, the cells always fall downward. In zero gravity, they hang in space and interfere only with each other. Layer by layer printing in gravity requires a support structure. Printing in zero gravity allows tissue to be created only with cell material, without any intermediate support,” Reisler told Space.com in an email.

Recommended By The Experts: Tech Gadgets In The Kitchen 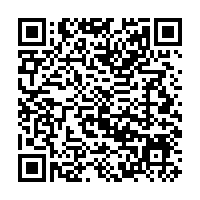