Real estate consultant, attorney Ohad Shpak, in early March issued his report on Israel’s real estate market in 2017, citing the Finance Ministry’s data which suggest 2017 was one of the weakest years in the last decade in terms of the number of market-price (meaning unsubsidized) transactions.

Summing up the past year, the share of investors in real estate purchases declined, adding up to only 17,400 apartments, a sharp drop of 22% compared to 2016, which marked its own sharp decline of 29% compared with 2015.

It should be noted that 2017 also marked the lowest rate of investors’ purchases since 2003, a year that was shadowed by an economic recession.

Also, the total number of housing units purchased by foreigners in 2017 was a mere 1,700, a terrifyingly sharp drop of 25% compared to 2016, which had its own terrifyingly sharp decline of 32% in foreign investments in Israeli real estate. This was the lowest level of foreign purchases in Israel since 2002.

In an economy with historically low-interest rates, Israeli investors have turned over the past decade to the real estate market for long-term investments. Apartment values usually go up, and even if you don’t get rich on your investment, you can always leave them to your children. The low-interest rates also helped in getting reasonable mortgages, and the fact that Jews from abroad, most notably from France, were investing in Israel real estate, brought up prices, especially of luxury apartments.

So, what could be wrong with that? The real estate market is thriving, money comes in from European investors, construction jobs are plentiful and even the media are delighted, becoming flush with real estate advertising.

But according to Finance Minister Moshe Kahlon (Kuanu) and his team of advisors, the rapid growth of the market for luxury apartments was stifling construction for lower and middle-income people, especially young couples. There were no incentives for developers to build those more humdrum apartment buildings, when there was so much money to be made building for the rich folks.

And so, the Finance Ministry worked out a program it calls “Mechir Lamishtaken” (special price for the new dweller), where in order to get the jobs developers must compete for the lowest price per square meter for an apartment. The developers receive a large discount on the price of land. The program applies to high density housing, complexes with each building a minimal of two stories high, including at least six apartments with at least one apartment on each floor.

The Mechir Lamishtaken project has been criticized heavily over its choices in location (just how many housing units went to the periphery and how many stayed at the already very dense center), and just how those units really comply with the quality specifications determined by the Ministry of Construction and Housing. But that’s not our concern here – our concern stems from the fact that Israeli contractors were not so eager to submit their tenders because there wasn’t too much money to be made.

And so, the Finance Ministry decided to kill the investment apartments market. They did it openly. Finance Minister Kahlon actually declared before the TV cameras: I will fight the investors! To remind you, his prime minister prides himself on running a free market government…

Kahlon came up with a new tax to be levied on the purchase of three or more apartments. The tax comes to 1% of the value of the apartment, up to $435 a month, or $5,220 a year – for each apartment.

The ministry was hoping to bring in about $23 million in taxes to the state coffers from this tax, but that was not their real goal: their real goal was to make investing in luxury apartments so unattractive, that those reluctant Israeli contractors would have to dive into the Mechir Lamishtaken project.

It is not clear just how successful the government project has been in alleviating the suffering of young couples eager to own their own first home (there is almost no for-rental housing in Israel, it’s just not something Israeli do – almost the entire rental market is owned by landlords who one or two, possibly three apartments).

Roni Cohen, CEO of Eldar Real Estate Marketing, told The Marker in February that “people did not stop buying, they just started to buy abroad more than before. Anyone who has accumulated $100,000 to $150,000 is currently investing abroad.”

“In my understanding, the treasury knows that the state exports billions of shekels abroad,” Cohen said, noting that a similar process is taking place in the diversion abroad of office investments, which has increased in the past six months. “It’s not that people have stopped believing in real estate, they just channel their investment elsewhere,” he said.

Incidentally, while Kahlon has championed the young couples who are eager to own their first home, by stifling the growth of investment apartments which comprise much of Israel’s rental stock, the Finance Minister has caused a rise in the cost of rents in Israel, affecting a population that is even more vulnerable than young couples: students, the elderly, olim. So, way to go, Minister Kahlon, you really showed those evil investors… 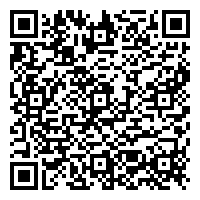