Thousands of common cranes who are spending the winter months at the lake in the Hula Valley have died in an outbreak of H5N1, avian flu, in northern Israel.


At least 2,000 wild cranes have died, with another 10,000 believed to be infected, Ohad Hatsofe, a specialist with Israel’s Nature and Parks Authority (INPA), told AFP.

Another 250 dead cranes were found in the area around the nature reserve, plus 30 more discovered in the Jezre’el Valley.

“Many more are expected to perish in the upcoming weeks,” according to the Nature and Parks Authority.

The Hula Valley nature reserve has been closed to the public for the rest of this week at least.

Some 100,000 wild cranes have arrived in Israel since October – as they do every year for a pit stop on their migration to Afrida – and more than 40,000 of the birds are estimated to have remained for a winter vacation.

But one in five of the wild cranes who are passing through the Jewish State – or who have opted to stay for the winter – have been infected with bird flu.

The Nature and Parks Authority said officials expect to have to remove some 25 to 30 tons of carcasses.

The virus, which is deadly to birds, is believed to have spread from at least one farm and maybe more in the north, where turkeys and chickens are being raised.

One of the sites where an outbreak was identified is Moshav Margaliot on the border with Lebanon.

Impending Egg Shortage
The Agriculture Ministry said that 320,000 laying hens near the moshav are to be culled in coming days in addition to the 244,000 hens housed in 60 coops that were producing at least six million eggs per month, and which were culled last week.

It is expected there will be an egg shortage because of the outbreak, which forced farmers to destroy thousands of chickens. Many were already dead, in fact, by the time inspectors arrived from the Agriculture Ministry – they found only 70 chickens alive out of 2,000 in one coop.

Egg sales from the affected farms have been suspended by the ministry.

In order to prevent market shortages, the Ministry of Agriculture is preparing to open imports of 70-100 million duty-free eggs as early as the beginning of this week, according to the haredi B’Chadarei Ha’Haredim news outlet. The ministry is expected to import some 100 million eggs, the news site reported.

The Ministry of Agriculture is reminding the Israeli public to be careful about consuming chicken and egg products only after cooking, since high heat treatment (cooking, baking, frying) destroys all bacteria and viruses in poultry. The ministry notes this recommendation is appropriate even in routine times, but now even more so.

Turkeys Also Affected
Avian flu was also discovered at a turkey farm in Moshav Neot Golan, in the Golan Heights. Five coops at the farm were home to 17,000 turkeys, some of which had died; the rest are to be culled.

Last month bird flu was discovered at a northern Israeli duck farm in Kfar Baruch – which housed 17,500 ducks — and a turkey farm at Kibbutz Ein Tzurim, which had 21,000 turkeys.

“This is the third case of bird flu discovered this year in Israel and provides the proof that it is impossible to continue with the crowded coop cages, which are adjacent to residents’ homes,” said Agriculture Minister Oded Forer. He added that he would act to establish “modern, cage-less and non-congested poultry coops far from the boundaries of the village.”

Avian flu – H5N1 – does not often spread among humans but it can happen and there have been outbreaks in past years. Bird flu has killed more than 450 people since 2003, according to the World Health Organization, mostly in Egypt, Indonesia and Vietnam.

Israelis who spot a sick or dead bird are asked to call the INPA hotline at *3639 and not to touch wild birds or their droppings under any circumstances. 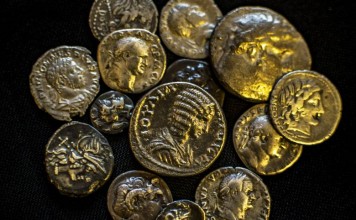 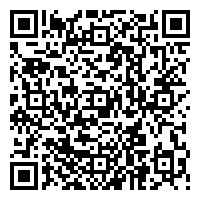