Twelve Israelis have been killed over the past decade when their cars ran into camels down south. A new legislation in the works these days will reduce the possibility of such lethal encounters, following a pilot program in which GPS devices were tied to the camels’ necks, which transmit an alert to their owner’s cellphone when their animal gets to within 1 kilometer of the highway. The new law will make it compulsory for camel owners to equip them with a GPS chip.

The bill was submitted by MK Bezalel Smotrich (Habayit Hayehudi), and it includes protocols for monitoring and enforcement of the marking and registration of camels, criminal sanctions against owners whose camel was involved in an accident, and special authority for law enforcement agencies to enforce the new law.

Both Jewish and Bedouin Negev residents appear to support the new legislation. “It’s a good idea that can also protect my herd,” Salman Sadan, owner of a flock of camels near Mitzpe Ramon who has equipped his camels with the device, told Channel 2 News. “I can set the radius I want for my camels to roam, and if they stray, my cellphone beeps. The cost is not so high and it can also protect my camels from theft. Also, if my camel is involved in a road accident, it’s a big loss to me.”

The new legislation began with a letter from Eran Doron, head of the regional council Ramat Hanegev, to several Knesset members. “A year ago we lost a dear resident, David Cohen Z’L, one of the founders of Kfar Retamim,” Doron wrote. “David was killed when he crashed into a camel on his way home. He left a wife and three children, the youngest only 18-months-old. Even while the shiva week was still on, we established a ‘camels team,’ led by attorney Itzik Tzur, who decided to do anything so that David would be the last casualty. Unfortunately, less than one month later Kobbi Buzaglo from Netivot was killed, driving into a camel belonging to Moshav Yakhini near Sderot, and so we learned from our own experience that this is not an ethnic issue.”

“Following countless accidents and loss of life, it’s time to put an end to the phenomenon of wandering camels down south,” MK Smotrich said in a statement. “Installing electronic chips and monitoring the animals are vital, and I believe the bill I will submit will help the authorities in enforcement and will prevent future harm to human lives.” 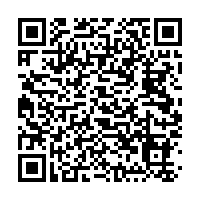