A recent article in The Jewish Press laid out the framework of a March 4 clash between a student who had been involved in a street theater demonstration – a “mock Israeli checkpoint” – and a Jewish professor.  What could have been merely a tense situation became toxic largely because the professor is Israeli and the student is an Arab Palestinian.

The sensationalized news hook was that the professor called the student “a f[expletive deleted] cockroach.” As some also reported, the professor said his inappropriate language was provoked by the student saying to him, “I will hunt you down.”


Facts that are only now coming to light suggest that there is more – and maybe less – to the story. Working carefully through the details reveals important facts about the way anti-Israel groups act and are treated on American college campuses today.

The goal of the anti-Israel student demonstration, led by the Students for Justice in Palestine, was to show how abusive and intimidating the Israeli Defense Force is for Arabs who have to go through checkpoints.  The SJP students played the role of the “bad guys,” the IDF soldiers, and the Claremont colleges students trying to enter the dining hall were forced into the role of Arabs passing through the SJP’s idea of Israeli checkpoints.  Those students were subjected to a gauntlet of students dressed in combat fatigues, standing shoulder to shoulder, demanding that identification before being allowed in to Claremont McKenna’s Collins Dining Hall.

This “street theater” demonstration was only one of several Claremont SJP’s Israeli Apartheid Week events for the day.  An earlier one allegedly involved blocking the entrance to a Pitzer classroom building.  One person who refused to be named or to participate in this article claimed that the SJP students yelled “F[expletive deleted] off Jews!” to Hillel students who tried to enter the building.

The Jewish students who encountered the SJP “checkpoint” outside of CMC’s dining hall were overwhelmed.  Several began to cry, and one of them sought out the help of an Israeli CMC economics professor.

The professor went to the site of the demonstration.  He did not attempt to shut it down, but instead sought to have the demonstrators move from in front of the doorway, so that the students could enter the dining hall without having to participate in the SJP enforced role-playing. The SJP students initially moved from the doorway and removed the ropes they had put up, but soon after they moved back into position.

The blow-up occurred when Yaron Raviv, the Jewish Israeli economics professor, and one of the lead SJP students, Najib Hamideh, had a nasty verbal exchange.  Exactly what was said, in which order, remains in dispute.

Raviv claims that as he walked away from the SJP demonstration towards an arriving public safety officer whom he had summoned because the demonstrators were blocking the entrance, Hamideh came after him, demanding that the professor produce his ID. When the professor finally took out his CMC identification to show it to the public safety officer, the student exclaimed,

“You are faculty! I will hunt you down!”

The professor, feeling provoked, foolishly responded, “You are a f[expletive deleted] little cockroach.”

To which the student said, according to Raviv, “Now I’ve got you.”

Hearing the student say this, the professor says he realized he had a problem, and left the area after telling the Jewish student who had originally sought his assistance that the public safety officer would handle the problem going  forward.

The student’s version is that the professor tried repeatedly to shut down the demonstration, that the demonstration was orderly and that he had been very polite towards the professor.  Hamideh claims he came up to Raviv as the professor approached the public safety officer whom Raviv had called.  He also claims that he was only concerned that there was someone he didn’t know on the campus, and so he asked the professor for his identification, and then, with no provocation, Raviv called him a f[expletive deleted] cockroach and referred to all the Pitzer students as cockroaches.

THE COLLEGE INVESTIGATIONS AND REPORTS

The entire incident, from the beginning of the “street theater” demonstration until the crowd cleared, occurred in the general area of Claremont McKenna’s Collins Dining Hall.  Accordingly, CMC has jurisdiction to decide what happened, and in particular whether the demonstration violated any of the Claremont Colleges’ rules. 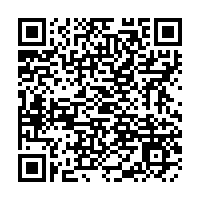