Dozens of new immigrants from Brazil landed at Ben-Gurion International Airport Monday afternoon and were greeted with a festive Purim-theme reception organized by The Jewish Agency for Israel and the Ministry of Aliyah and Immigrant Absorption.

Monday’s immigrants hail from São Paulo, Rio de Janeiro, and Manaus, and are a cross-section of Brazilian Jewry, including young parents interested in raising their children in Israel, parents looking to reunite with older children already living here, a young man who will pursue a doctorate in environmental studies at the Weizmann Institute in Rehovot, a senior orthopedic doctor who will join Israel’s healthcare system, and a trained chef who will be joining Israel’s burgeoning restaurant scene. The olim will be making their homes in cities and towns across Israel.


The olim were received by Yehuda Sharf, Director of The Jewish Agency’s Aliyah and Absorption Unit, and Maxim Biton, Manager of the Absorption Hall at Ben-Gurion Airport. Representatives of OLEI, the Organization of Latin Americans, Spaniards, and Portuguese in Israel, and its Brazilian branch, Beit Brasil, which helps Brazilian immigrants integrate into Israeli society, were also in attendance.

The Jewish community of Brazil is the second-largest in Latin America, with some 120,000 Jews, most of whom reside in São Paulo, Rio de Janeiro, and Porto Alegre, with smaller communities in Curitiba, Belo Horizonte, Recife, and scattered throughout the northern and eastern parts of the country.

According to data compiled by The Jewish Agency and the Ministry of Aliyah and Absorption, Aliyah from Brazil has risen sharply in recent years: 2015 saw the arrival of some 500 immigrants from Brazil, a 70% increase compared to the 300 who arrived in 2014 and more than double the 210 who came in 2013. Most of the immigrants have hailed from São Paulo, which is home to the country’s largest Jewish community, but the increase in Aliyah is also drawing from elsewhere in the country.

The Head of the Jewish Agency delegation in Brazil, Revital Poleg, notes that the Jewish community of Brazil maintains strong ties with the State of Israel. Between 65% and 70% of the immigrants are young singles and couples and families under the age of 45. Most immigrants from Brazil seek to lead Jewish lives in Israel, where they feel safe and at home, and many also wish to reunite with family members who have already immigrated to Israel. Other factors contributing to the current increase in Aliyah include the ongoing economic crisis in Brazil, a prevailing sense of personal insecurity, and uncertainty regarding the future. Poleg estimates that the increase in Brazilian Aliyah will continue in 2016 and notes that more than 1,000 Brazilian individuals have already started the Aliyah process through The Jewish Agency’s Global Service Center.

The immigrants who arrived in Israel on Monday will enjoy a full range of services offered by the Ministry of Aliyah and Immigrant Absorption, including personalized absorption programs, employment assistance, Hebrew education, and assistance in opening businesses, with an emphasis on personal, customized service for each immigrant.

The Jewish Agency’s activities in Brazil are conducted in partnership with CONIB – Confederação Israelita do Brasil, the umbrella organization of Brazilian Jewry, and center on strengthening communal connections to Israel, developing young leadership and training youth movement leaders, building experiential programs in Israel for the community’s young people, preparing candidates for Aliyah, and crafting specialized Aliyah tracks for different groups amongst Brazilian Jewry. 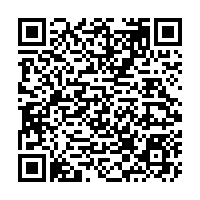