The Knesset on Wednesday celebrated the Tu Bishvat holiday with a special Seder in Chagall Hall, in the presence of Knesset Speaker Yuli Edelstein, opposition leader Itzhak Herzog, MKs from all the parliamentary factions and teenagers from the Akharai social educational NGO and the Hartman Institute.

Tu Bishvat is Hebrew for the 15th of the month of Shvat, which will fall on Sunday evening, January 24 and continue through Monday at dusk. The Knesset celebration took place on the 10th of Shvat, which is also nice. One would hope for better date accuracy in discussion of the upcoming legislation on labor on Shabbat.

“Tu Bishvat is not only Rosh HaShanah La’Ilanot (“New Year for the Trees”), as determined in the Mishnah, it is also the day on which the Knesset celebrates its birthday,” Edelstein said during the Seder. “This year we are marking not only the birthday, but also the 50th anniversary of the parliament building, which has become one of the symbols of the State.”

According to Biblical law, there is a seven year agricultural cycle, concluding with the Sabbatical year. When the Holy Temple stood in Jerusalem, on years one, two, four and five of this cycle, farmers were required to separate a tenth of their produce and eat it in Jerusalem. This tithe is called Ma’aser Sheni, the Second Tithe, because it is in addition to the [two percent which must be given to the Cohen, and the] ten percent which is given to the Levite. On the third and sixth years of the cycle, instead of the owners eating the Ma’aser Sheni in Jerusalem, they gave this second tithe to the poor, who were permitted to consume it wherever they wished.

It was therefore of vital importance to ascertain when the new year started for fruits. Our Rabbis established that a fruit which blossomed before the 15th of Shvat is produce of the previous year. If it blossomed afterwards, it is a fruit of the “new year.” (Source: Chabad.org)

“The seder we are holding began as a tradition of the Mekubalim (Kabbalists), and I hope we will carry on this tradition in the coming years,” Speaker Edelstein said.

During the Tu Bishvat seder it is customary to drink four cups of wine and bless the Seven Species associated with the Land of Israel in the Torah, which according to Deuteronomy 8:8 are wheat, barley, grapes, figs, pomegranate, olives and dates.

If tasting any of these fruits for the first time this season, remember to recite the Shehecheyanu blessing, which is recited on joyous occasions, thanking God for “sustaining us and enabling us to reach this occasion.” This blessing is recited before the standard “Boreh pri ha’etz” blessing recited on fruit. (Source: Chabad.org) 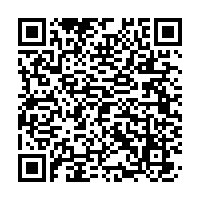