A thousand young people, members of the ‘Sovereignty Youth Movement from across Israel signed a joint call to the heads of the right-wing parties to include the application of Israeli sovereignty in Judea and Samaria in their coalition guidelines for the next government.

In their appeal to Prime Minister Benjamin Netanyahu, Interior Minister Aryeh Deri, MK Naftali Bennett, MK Bezalel Smotrich, Gideon Sa’ar and MK Avigdor Liberman the youths called for not being satisfied with promises and declarations; “promises made in the past to apply sovereignty must be kept,” they demanded in a new campaign.

They demand the application of Israel’s sovereignty in Judea and Samaria be included in the coalition guidelines for any government in which the right-wing takes part.

“The people who vote right wing deserve to have a right-wing government; you have the power to do it!” the youths contend.

The movement emphasizes that according to current polls the public at present is comprised of a large right-wing majority and states, “The next government faces a challenge that is a Zionist mission of the first order. As members of the next generation, who see themselves as the next link in the chain of the Zionist vision, we view the application of sovereignty as predestined and the way to achieve the next level of Zionism, implementing the dream of generations to be a free and sovereign People in its Land and to bring about stability, security and economic prosperity.”

Yehudit Katsover and Nadia Matar, heads of the Sovereignty Movement, view the public call to the right-wing leadership as “an authentic expression of the People’s healthy spirit, aspiring to strengthen its hold on the Land of Israel, remove the political question marks hanging over the future of Judea and Samaria and eradicate terror.”

The two women view the Sovereignty Youth as “the ideological backbone which is aware of its capability to motivate the leadership in Israel to take the next Zionist step – the application of sovereignty over Judea and Samaria.” 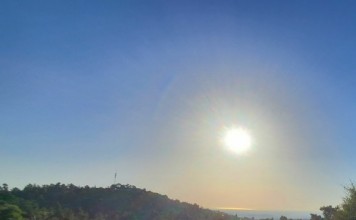