The Blue and White party lost a Knesset member on Wednesday when Ethiopian-born MK Gadi Yevarkan, 39, decided to accept an offer to accept the 20th spot on the Likud list of candidates in the upcoming elections on March 2nd. Blue & White had placed the lawmaker much farther down on their list — in the 33rd place — for the upcoming ballots.


Needless to say, Blue and White leadership was unhappy with the news and immediately took Yevarkan off the list.

Ya’alon, who heads Telem, wrote in a statement, “Telem Chairman MK Moshe Ya’alon announced several minutes ago to MK Gadi Yevarkan that, due to his conduct and behavior that is most indicative of his values, he is dismissed from the Telem party and will not be included on Blue & White’s party slate for the 23rd Knesset,” the statement read.

During his military service in the IDF Yevarkan served in the reconnaissance unit of the Givati Brigade, reaching the rank of lieutenant. He subsequently studied for a bachelor’s degree in law at the College of Management. In 2009 and in 2013 Yevarkan was a member of the Likud and ran for a place in the Knesset, but was did not make it in to the parliament either time.

Ahead of the April 2019 elections, however, he joined the new Telem party, which became part of the Blue and White faction, in which he was given the 33rd spot on the joint list. The faction took 35 seats, and so he made it in to the Knesset in April, and was re-elected in September 2019.

Prime Minister Benjamin Netanyahu lost no time in welcoming Yevarkan to the party on Wednesday, saying “I am happy to see you here. We have so much to do, so much to fix, in the struggle over violence, over discrimination, over equality. For all these reasons I’ll be happy to see you settled back at home with the Likud.”

In responding, Yevarkan replied, “Mr. Prime Minister, I am happy to return home, and by the way, it’s because the community pressured me night and day, recently, to come back.

“For about 20 years, I have worked for the community, exactly for these reasons; I really hope and believe that we will improve the situation of the community, and of the general Israeli society, for the unity of Israel, and for the benefit of Eretz Israel. We’ll do it, and we’ll succeed,” Yevarkan said.

“Welcome back home to the Likud,” Netanyahu said.

“Thanks much,” Yevarkan replied with a smile. 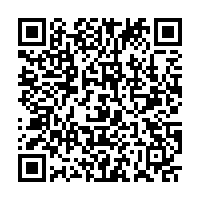