They include four Democrats and two Republicans, all incumbents.

“With the first midterm primaries right around the corner, we are working hard to ensure that the 118th Congress reflects broad, bipartisan support for the U.S.-Israel relationship … announcing six newly endorsed candidates who are all proven leaders in Congress,” said PIA executive director Jeff Mendelsohn in the release. “We will continue to bring the power of the pro-Israel grassroots community, who recently helped propel Shontel Brown to victory in Ohio, to help every candidate who values the U.S.-Israel relationship cross the finish line victorious.”

The announcement brings the candidate list endorsed by PIA for the 2022 midterm election to 75, including 44 Democrats and 32 Republicans.

According to the release, PIA anticipates that the Pappas race will require attention, as it’s predicted to be competitive in the general election. 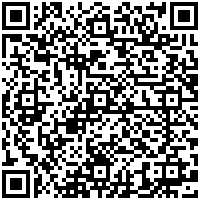