The information was made public by Israeli Arab candidate MK Sami Abu Shehada, chair of the Balad party.

Balad failed to cross the electoral threshold and will not be part of the 25th Knesset as a result.

Biden Administration officials and leaders of the liberal American Jews communities expressed deep concern prior to the election that Israel would be led by right-wing “extremists” in the upcoming government.

A fellow journalist on the newscast noted, “This is the second time – the first being in 2015 – that money from the United States and European Union, foreign governments and NGOs, has been used to interfere in Israeli elections” with the goal of preventing Netanyahu from leading the country.

The Balad chair said the money “went to Ra’am, and to [Hadash-Ta’al faction leader Ahmad] Tibi and others via all kinds of NGOs in order to increase the vote in [Arab] society.”

Abu Shehada expressed wonder at the phenomenon, asking, “Why would an American Jew, who doesn’t know us at all, and doesn’t know where we live, and in fact we are of no real interest to him, intervene with millions of dollars? What’s his interest?”

According to the Balad leader, the money was invested in various efforts to raise the Israeli Arab voting percentage with “buses in the Negev, house-to-house campaign workers, etc… we’re talking about millions of dollars.”

It is possible to check this out, he said, because the parties are required to file documents detailing their finances. 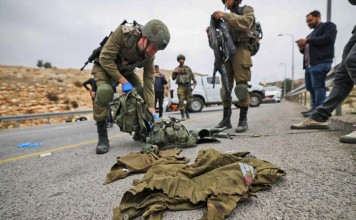