Jewish people are living in fear in Europe but the European Union will make sure they are not harmed, the president of the European Parliament said.

“Yes, Jewish People are living in fear in Europe but this is not 1929, this is 2012,” European Parliament President Martin Schultz has said Jan. 22 during a speech about anti-Semitism which he delivered at the European Parliament during a ceremony commemorating Holocaust victims.


He added that the European Union was established “on the lessons of Auschwitz” as a framework for “mutual control to avoid one member passing uncontrollably in a dangerous direction.”

Schultz, who spoke at the European Parliament’s first official ceremony in commemoration of International Holocaust Remembrance Day, was replying to an earlier address by European Jewish Congress President Moshe Kantor, who said: “This is not 1943, but it could well be 1929, with extremists marching in the street and into parliament.”

“I am warning Europe again, wake up immediately and limit your tolerance to racism and anti-Semitism,” Kantor added, citing a 2012 European study in which 63 percent of Hungarian respondents and 17 percent of British ones affirmed anti-Semitic views. Kantor also cited a 50 percent rise in anti-Semitic incidents in France in 2012 and political gains by two virulently anti-Semitic parties: Golden Dawn in Greece and Jobbik in Hungary.

These developments, as well as “Iran’s determined advance toward obtaining and delivering nuclear weapons” made 2012 “a time of gathering storm clouds” for Jews, Kantor said.

Over the past seven years, the European Parliament has hosted annually ceremonies which Jewish groups organized to commemorate the Jan. 27 Holocaust Memorial Day, the day in 1945 that Russian troops liberated Auschwitz. The Jan. 22 ceremony was, however, the first since the memorial day’s incorporation this month into the European Union’s official calendar. Schultz said the move represented “a binding agreement” to commemorate the event together with the European Jewish Congress and other Jewish groups.

The event focused on the Warsaw Ghetto Uprising, “the most tragic and most heroic event of the Shoah and the first armed rebellion by Jews in German occupied Europe,” as it was termed by Samuel Pisar, a Polish-born Holocaust survivor and UNESCO honorary ambassador, who also spoke at the event. 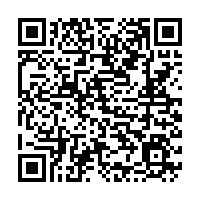