The European Union, fearful that the “window for the two-state solution is rapidly closing” has decided to skirt Israeli building regulations in Area C of Judea and Samaria, according to a document obtained this week by Israeli newspaper Yediot Aharonot.

Under the 1993 Oslo Accords, the West Bank, known to Israelis by its historic name of Judea and Samaria, was divided into three zones or “areas.” Area A is under the full civil and military control of the Palestinian Authority, which retains civil control over Area B, an area controlled militarily by Israeli security forces. Area C, which comprises some 62% of Judea and Samaria contains only some 5.8% of the PA’s Arab population and is under full Israeli security and civil governance.


According to the document, the European Union intends to accelerate infrastructure projects in Area C in order to encourage the Palestinian Authority to transition to full statehood by implementing the structural improvements necessary for independence.

Such an infrastructure push would also serve to help increase the Palestinian population of this area, which the EU views as vital for the establishment of a contiguous Palestinian state.

One western diplomat who is familiar with the matter told Yediot that the EU intends to build regardless of specific Israeli regulations or bureaucratic institutions set up under the Oslo Accords.

“What Europe is essentially saying here is that because Area C is vital for sustaining a viable Palestinian state, we will support whatever needs to be done for the sake of Palestinian development in the area regardless of Israel’s planning policy,” the report quoted the diplomat as saying. “European funding of vital projects like water infrastructure will be independent of Israeli authorities’ approval.”

Such independent action would violate both Israeli law and the Oslo Accords, which were signed by both Israeli and the late Palestinian Authority strongman Yasser Arafat. The Palestinian Liberation Organization never ratified the accords.

According to the leaked document, the EU intends to:

The same diplomatic sources also indicated that “the window for the two-state solution is rapidly closing… and Area C is the only contiguous area in the western Negev surrounding Area A and B. Area C compromises crucial natural resources and land for the future demographic and economic growth of a viable Palestinian state. State building efforts in Area C of the PA are therefore of utmost importance in order to support the creation of a Palestinian state.”

Neither the Palestinian Authority nor Prime Minister Netanyahu’s bureau in Jerusalem responded to requests for comment. However, many Israelis in the national camp have indicated that they believe such a move to be an attempt to cancel the Palestinians’ obligations under the Oslo accords outside of a negotiating framework.

The popular Israeli political blog Israel Matzav noted that “The ‘Palestinians’ struck an agreement and now the Europeans are trying to cancel it and run roughshod over it on the ‘Palestinians’ behalf.”

He also called for Israel to permit the Palestinians to establish more police stations in Area B, stating that Israeli Defense Minister Ehud Barak is open to such a move.

The Independent, a British newspaper, reported that the EU internal report also cited by Ynet stated that the Palestinian population of Judea and Samaria has been “continuously undermined” by Israel and that this is “closing the window” on the establishment of an Arab state in Judea, Samaria and Gaza.

According to the 16 page document “if current trends are not stopped and reversed, the establishment of a viable Palestinian state within pre-1967 borders seem more remote than ever”.

Opining against Israeli settlement building, permitted under the accords, the EU has essentially decided that it stands as the arbiter of what is forbidden and permitted in the disputed territories, adding new requirements for the Israelis and cancelling Palestinian obligations.

“At a political” level the EU needs to convince Israel to “redesignate” Area C, The Independent reported.

The EU’s intervention in Judea and Samaria has not been limited to words but took concrete form on Wednesday when Acting EU Representative John Gatt-Rutter signed an agreement with PA Prime Minister Salam Fayyad in which the EU is obligated to finance Palestinian business ventures to a tune of some 11 million Euros, primarily in agriculture, the Palestine News Network reported. 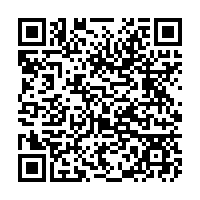