Palestinian Authority leader Mahmoud Abbas spent the better part of an hour in his address on Thursday at the 74th session of the United Nations General Assembly ranting about “Israeli aggression” and America’s “immoral and inhumane” decision last year to halt funding to UNRWA, recycling old themes and obsessing on hate.

The United Nations Relief and Works Agency has supported the millions of Arab descendants of those who fled the wars of 1948 and 1967 as primary “refugees” – an expensive and self-defeating policy carried out for no other population group anywhere else on the planet – and the Trump administration finally called a halt to its support when the agency refused to upgrade those policies with an eye towards a more streamlined budget.

As for “Israeli aggression,” Abbas delivered his remarks just hours after a Palestinian Authority teen terrorist armed with a knife tried to kill an Israeli policewoman near the Purification Gate in the Temple Mount Compound in the Old City of Jerusalem.

“It is our right to defend our rights by all possible means, regardless of consequences, while remaining committed to international law and combating terrorism. Our hands will remain extended for peace,” he promised.

The number of outright lies that came forth from the podium during his address was unusual even for a speech from Abbas, who generally averages a fair number but in the past has tried to stay within general diplomatic guidelines.

The reason for the Palestinian Authority leader’s rage was obvious: The US, he said “has undertaken extremely aggressive and unlawful measures, declaring Jerusalem as the so-called capital of Israel and moving its embassy there.” Abbas has never managed to move past this point, even for the good of his own people. Jerusalem, he declared, “will remain the eternal capital of Palestine regardless of any schemes or actions.”

He added that Israel has reneged “all signed agreements and its commitments towards peace, pushing large segments of the Palestinian people to lose hope in the long-awaited peace, and jeopardizing the two-state solution.”

And on, and on. “We have not found an Israeli partner and found obstacles and challenges imposed by the Israeli government that continues to refuse to come to the negotiating table.”

Of course, one has to actually seek a partner in order to find one – something no one in the Palestinian Authority government can ever really be accused of doing. . . 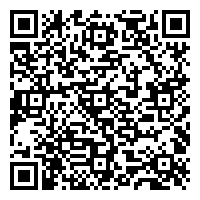