The Palestinian Authority and Qatar have reached an agreement on the transfer of Qatari aid to the Gaza Strip.

Hamas has also folded and accepted the new agreement — and the involvement of the PA in the transfer process — while 27,000 Hamas officials will be included among the recipients of the funds.

There appears to be no information about Israel’s vow this past May not to allow Qatari fund transfers into Gaza until the bodies of two fallen IDF soldiers and two living captives are released by Hamas.

PA Prime Minister Mohammad Shtayyeh confirmed Monday night,“The PA agrees to be responsible for transferring part of the Qatari grant to the Gaza Strip and which is intended only for needy families.”

According to the “Memorandum of Understanding” between the Palestinian Authority through its Ministry of Social Development and the Qatari Foreign Ministry via the “Gaza Rehabilitation Committee” — the details of which are published in Arab media — the PA has agreed to transfer Qatari funds through banks subject to the supervision of the Palestinian Monetary Fund and according to a list of names to be received from the Qatari side.

The transfer will be made using ATM cards and each bank that pays the amounts will issue special cards bearing the bank’s logo. The transfers include assistance to 100,000 beneficiaries from poor families as well as to 27,695 other beneficiaries, mostly Hamas officials.

After the funds are transferred to the PA banks, the Authority will issue magnetic cards that will be recharged each month, in the amount of $100 and these will be handed over to the poor families in the Gaza Strip.

The parties agreed that the beneficiaries will be paid according to an agreed replacement mechanism, without deducting fees.

A senior Palestinian Authority official confirmed Tuesday that the funds intended for the 27,000 Hamas administration officials in the Gaza Strip will also be transferred through the PA banks and from them to the officials.

Hamas officials recently told TPS they would agree to this mechanism if it was assured that no fee would be deducted from the family aid monies and that the list of names would include those that Hamas required Qatar to include in the lists now being handed over to the PA.

A source in the Gaza Strip said Tuesday that Hamas accepts the new method with no other choice. 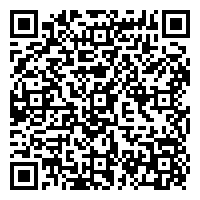