Back in 2014, the IDF operation Protective Edge was launched in response to the kidnapping and murder of three Israeli teenagers by Hamas members. The IDF conducted Operation Brother’s Keeper to arrest the responsible terrorist leaders, Hamas fired rockets into Israel, and a seven-week conflict broke out. It was one of the deadliest conflicts between the Arabs and Israel in decades, and the combined Israeli airstrikes and ground bombardment, and Arab rocket attacks resulted in thousands of deaths, the vast majority of whom were Gazans.

But from start to finish, it was Hamas that took the initiative while the IDF was reacting – massively, but in reaction to Hamas. As a result, Israel came out of the war without any political gains, and for the following seven years has had to continue to react, without the ability to take the initiative.


This time around claims Ron Ben-Yishai, a veteran war correspondent and military commentator, in a Tuesday morning column in Ynet, the IDF knows what it wants and how to get it (הפעם צה”ל יודע מה הוא רוצה להשיג).

The IDF has set three goals:

Inflict severe and destructive damage on the rocket and other combat capabilities of Hamas, Islamic Jihad, and the rogue terrorist groups.

Destroy the terrorist enemies’ ability to rehabilitate their military capabilities, thereby undermining their ability and motivation to confront Israel for years.

Restore the deterrence in confronting the Gaza terrorist groups led by Hamas, a deterrence that has been eroded greatly in the seven years since Protective Edge.

A fourth goal, according to Ben-Yishai, is to preserve the IDF’s legitimacy in using its power in Gaza. This fourth goal is easily as important as the other three because if the IDF or the State of Israel lose the legitimacy of their response in Gaza to protect the lives of Israeli civilians in the eyes of the United States and the international community, it would be necessary once again to stop the operation before the goals had been achieved, as has happened in the past.

The IDF needs several days of meticulous and careful work in which the infrastructure and means of production are harmed at first, including launch sites, rocket manufacturing, and storage sites, combat and assault tunnels, and the naval force of Hamas and Islamic Jihad. By and large, these were the targets that were hit overnight Tuesday. These will be followed by targets that military intelligence will provide and which will be incorporated quickly into assaults while the fighting is going on.

The IDF has no intention to occupy territory or enter the Gaza Strip. All it expects to carry out is the precision demolition of thousands of targets while avoiding harm to civilians as much as possible. But achieving these goals is very ambitious, according to Ben-Yishai. These are the parameters by which the success of this blitz war will be measured.

Success is not guaranteed by any stretch of the imagination, because Hamas and the jihad prepared for this campaign and have gone deep underground earlier this week, and because there may be incidents in the near future, such as an attack with a large number of fatalities, God forbid, that would result in international intervention to stop the operation before the IDF had achieved its goals.

As of Tuesday morning, according to Ben-Yishai, everything is going as planned, including the attacks on the military commanders of Hamas and jihad, and the destruction of the headquarters that Hamas deliberately placed in the midst of civilian populations.

Ben-Yishai points out that Wednesday marks the end of the month of Ramadan, with Eid al-Fitr, a feast holiday that Hamas would probably want the Gazans to celebrate peacefully, but the IDF has no intention this time of letting it happen, he believes. 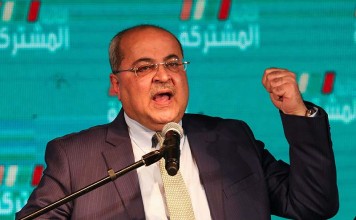 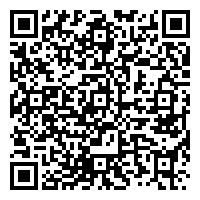