The owners of commercial establishments in the Gaza Strip, together with local banks, on Monday declared a “comprehensive strike” to warn about their looming economic collapse, which they blame on the Israeli siege and the division between Hamas and the Palestinian Authority, Ma’an reported.

The strike was called by private sector businesses as the first in a planned day of protests, to be culminated in a demonstration Monday afternoon in the arena of the Unknown Soldier in Gaza.


The head of the Gaza Chamber of Commerce Walid al-Hussari told a press conference that the private sector institutions, on behalf of thousands of economic establishments and tens of thousands of traders, businessmen, industrialists, contractors and agricultural workers, launched this urgent appeal as a last resort, after the disastrous collapse of economic and living conditions experienced by the people of the Gaza Strip.

Al-Hussari appealed to Chairman Mahmoud Abbas, Egyptian President Abdel Fattah al-Sisi, the UN Secretary-General, the Quartet, international institutions, the free world and the leaders of the national and Islamic action factions to accelerate their rescue of the suffering Gaza Strip.

He pointed out that the private sector institutions in Gaza have been subjected to a harsh siege since 2007, and the closure of all crossings of the sector, collective punishment, and three devastating wars, the last of which took place in 2014.

Al-Hussari was not able, however, to correlate between the Hamas policy of annihilating the Jewish State and its attacks using thousands of missiles against Israeli civilians – and the Israeli siege. He also failed to mention the terror tunnels which his government has been digging, using cement and other construction provisions that were intended for rehabilitating Gaza’s housing stock.

Al-Hussari did say that the lack of purchasing power in all economic sectors has brought the shortage of cash in Gaza to its lowest level in decades.

He pointed out that the private sector institutions in Gaza sent a message to Abbas describing the difficult economic and humanitarian situation, and demanding his urgent intervention to prevent the collapse of Gaza’s business sector. 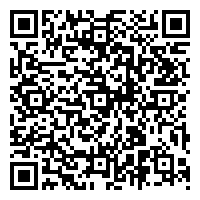