The Gaza Strip’s head of the Supreme Council of Forensic Judiciary, of the Sharia Supreme Council, and of the Higher Sharia Court, Dr. Hassan al-Jojo, told a Sunday press conference at the Ministry of Information that the strip witnessed 3,255 divorces in 2017, and in 2016 3,368 divorces.


The city of Gaza has had the largest share of divorces in 2017, compared with other parts of the strip, al-Jojo said.

Al-Jojo described the negative figures as being dangerous to society, pinning them on insanity due to poverty and unemployment, which made young people reluctant to marry. He called on Gaza’s government to work to solve the problems of local youth by providing work, housing and the other prerequisites for a decent life.

He then explained the underlying reason for the drop in marriages and rise in divorces: “The siege imposed on the Gaza Strip and the difficult economic situation suffered by the sector has caused a major increase in social and family disintegration, which contributed to the increase in divorces compared to marriages.”

Al-Jojo called on international communities and official bodies to “help lift the siege imposed on the Gaza Strip, which bears responsibility for social problems directly.”

The blockade of the Gaza Strip by land, air, and sea was imposed by Israel and Egypt in 2007 and continues to the present, largely because the ruling terror group Hamas would not agree to recognize Israel, disavow violent actions, and accept the agreements between Israel and the Palestinian Authority. Over the past 11 years, as Hamas repeated its violent plans and active attacks against Israel, Israel has had to prevent it from receiving weapons and other supplies to perpetuate these attacks.

When Generations Collide – The Science of Kabbalah [audio] 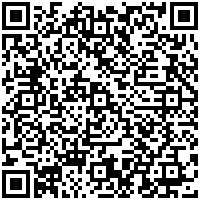