Israeli authorities were successful in exposing and thwarting an attempt to smuggle a massive amount of ammunition into the Gaza Strip.

Ashdod customs inspectors uncovered an attempt to smuggle 7,000 bullets ordered by importers from the Gaza Strip. The 9mm caliber bullets were discovered hidden inside rolls of insulation material, which were stored in a container containing various household products.


Using advanced detection and identification means, Ashdod customs workers were able to identify the sophisticatedly hidden cargo and the bullets were found and seized.

The Customs Administration “will continue its ongoing effort to prevent smuggling at border crossings with an emphasis on smuggling weapons and dual-use materials,” it stated Thursday.

Israel’s combined security agencies have been successful in thwarting thousands of attempts to smuggle weapons, ammunition, and illicit materials into the Gaza Strip in the past years. 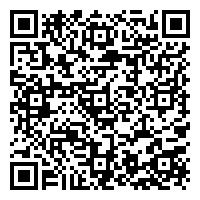