Gaza’s maritime police warned the enclave’s fishermen to beware of catching poisonous “rabbitfish” – also known as “Aras” – in their nets.

Fishing is one of the main industries in the Gaza Strip.


The venomous fish arrived in the Mediterranean Sea off the shore of Gaza this week via the Suez Canal in a migration known as the “Lessepsian migration – migration of marine species across the Suez Canal, usually from the Red Sea, according to a report in the B’Hadarei Ha’Hareidim news outlet.

Rabbitfish secrete poison from the fins; if touched, it can lead to paralysis for any hapless human who ingests the fish.

Ciguatera poisoning from these fish is the most common fish-borne form of seafood intoxication, according to researchers from the Israel Poison Information Center at Rambam Medical Center and the Technion Israel Institute of Technology.

Nevertheless, in June 2000, two families living near Haifa consumed rabbitfish for their dinner, later experiencing “electrical currents” in their limbs, tremors and muscle cramps, among other symptoms, the researchers reported in an article published in the Israel Medical Association Journal (IMAJ).

Marine police in Gaza have warned the enclave’s fishermen to avoid catching the venomous creatures and ordered them to return them to the sea if they come up in their nets, with “appropriate punishment” threatened for those who violate the order.

Gaza has about 40 kilometers (25 miles) of coastline, and there have been other visits from non-indigenous visitors in the waters off the 40-kilometer-long Gaza coast.

The sohal surgeonfish (Acanthurus sohal) is native to the Red Sea and Persian Gulf and is known to be highly territorial and aggressive.

Stonefish (Synanceiidae), a native on the Indo-Pacific Ocean, comes equipped with a potent neurotoxin that makes it one of the most venomous fish in the world, lethal in some cases.

Both were reported as having been caught in the waters off Gaza in separate instances in November 2018 and December 2018 respectively, according to a research paper published in the InvasivesNet journal. 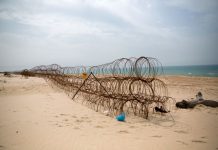 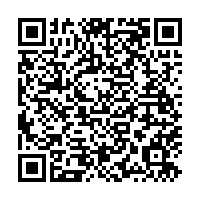